Sharon Tate was an American beauty, a film star of undisputed talent. Unfortunately, her talent is not what she’s best known for today. She was one of the many victims of the manson family, murdered in her own home.

Sharon Tate was an American beauty, a film star of undisputed talent. Unfortunately, her talent is not what she’s best known for today. She was one of the many victims of the manson family, murdered in her own home. On August 8th,1969 she was eight and a half months pregnant and waiting for her husband, Roman Polanski, to come home from europe. That evening, she went out for a small sit down dinner with three of her friends- Jay Sebring, Wojtek Frykowski, and Abigail Folger.

They went home to Tate’s home around 10:30 that night, expecting a quiet time. Unfortunately, it was not to be. Some time during the night, four drugged up members of the manson family drove out to 10050 cielo drive, scaled the embankment, cut the telephone wires to keep the group from calling for help and set to work murdering the five souls within the house.

One remained outside, keeping watch while the other three went about their murderous business. 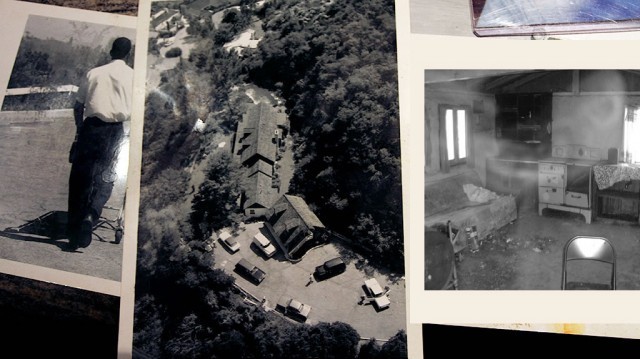 The first person they would take care of was Steve Parent

He was a friend of the housekeeper, who was actually leaving the property at the time in his car. He was slashed with a knife and shot four times in the face at close range simply for being in the wrong place at the wrong time.

When they reached the house, they slit a screen and surprised the occupants. They gathered them all in the living room, lining them up in an execution line.

The poor souls fought back- Jay Sebring was shot first in an attempt to flee. Everyone began to struggle and run after this, and Frykowski actually made it out the front door but was caught and shot, stabbed 51 times and bludgeoned over the head more than a dozen times.

Folger escaped momentarily out the back bedroom door, screaming for help, but was caught and was stabbed 28 times, her white dress becoming crimson with her own blood.

Inside the house itself,

Tate and the still clinging to life Sebring were tied together around their necks with a white cord that stretched over a high ceiling beam. Sebring had been shot in the face, and was then stabbed numerous times.

Tate was mercilessly tortured, stabbed sixteen times in the back and chest, slowly. She begged the murderers to spare the life of her unborn child, but she was told repeatedly that they did not care for her or her baby. Leaving her to die, they scrawled the word PIG across the front door in her blood.

7 people were lost that night, 6 adults and the unborn child

There was one survivor- William Garretson, the caretaker himself, whose friend was murdered leaving the property. He failed to hear the screams because of the loud music he was listening to at the time, and thankfully was spared the fate the others suffered. He was a suspect at first, and arrested for questioning, but was released. He had met with his murdered friend only minutes before the murder, to discuss the sale of the very radio he was listening to at the time.

The home still stands today, and is only 150 feet from a house that experiences heavy paranormal activity.

This is known as the Oman house, named for its owner, and he reports that even back when the house was just being built and brand new, workmen would report strange things happening, like unexplainable heavy footsteps.

This was long before the murders, and therefore had nothing to do with the events. But there is a plethora of other activity within the home- things falling off shelves, especially the fish tank, which apparently has been proven not to move or shake easily.

Lights flicker on and off, voices are heard, people are pushed on the stairs, and the owner claims to have tracked a paranormal vortex around the property throughout the years. It is not a solid theory that these events are caused in any way by the murders,  but it is an unsettling coincidence, and one wonders if perhaps with the manson family’s obsession with the occult, they may have targeted the area specifically. Perhaps, with continued investigation, new evidence will be uncovered.