My first brush with the paranormal happened as a child, and initially I thought it was only I who had witnessed these strange occurrences.

My first brush with the paranormal happened as a child, and initially I thought it was only I who had witnessed these strange occurrences. It wasn’t until we moved from the property that my mum shared her own experiences with me.

We moved into the first cottage when I was four. It was pretty much derelict and needed a lot of work.

Shortly after, my parents decided to expand by buying the cottage adjacent to it. It was when my parents knocked through the adjoining wall into the murky corridor of the cottage next door that things took a paranormal turn.

Those low, beamed ceilings and muffled, solid stone walls of cottages built during the 16th Century had far more in them than the excited young family who’d just moved in. 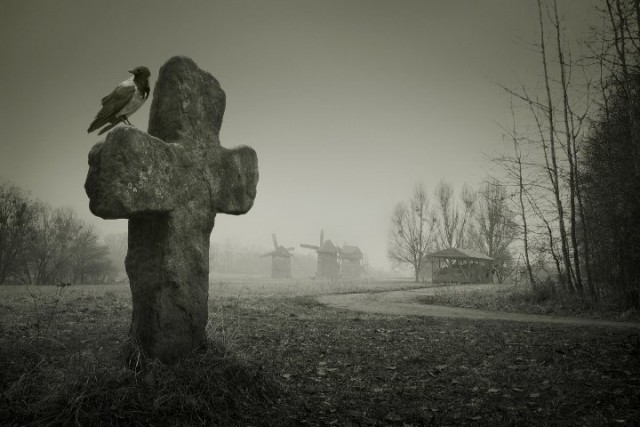 My bedroom was in the second cottage, the one where the majority of the occurrences had happened. In a room with no draughts, I would suddenly walk through an area of the room that was ice cold, and then emerge back into a more normal temperature seconds later with my skin covered in goosebumps.

But even more unnerving, was the sound of children laughing and running up and down the corridor that lead from the first cottage to my bedroom – especially as my brother and I were the only children in the house, and he was a very young baby at the time. I could never quite make out what they were saying, their conversation was muffled, but the laughing and sound of small feet running was as clear as day.

It was a long corridor with no windows, and the light switch was at the far end. I can clearly remember the sheer panic of coming out of my room to find the light had been switched off, and knowing I’d have to run the length of the corridor in the pitch black before I could put the light on and step through the door into the dining room.

.As I sped along that corridor countless times, I ran through those same icy patches I’d felt in my room. I learned later that I wasn’t the only one who’d heard the children playing – and that my parents had always left that light on for me and had been baffled when their seven year old came dashing breathlessly through the door like something was chasing her. But that was how it felt as I burst through that door – as if I hadn’t been the only one running along that corridor.

That first brush with the unknown was the first of many. As I got older, I took more and more interest in the paranormal, and formed my own opinions on what I was experiencing. Coming from a long line of empaths, I soon realised I could ‘feel’ more than many, and that it would manifest itself in many different ways over the years.