Lewisburg, Ohio is a beautiful, but tiny little town, rich with both social and natural history and full of great schools, churches, and shopping opportunities- not to mention the beautiful houses.

Lewisburg, Ohio is a beautiful, but tiny little town, rich with both social and natural history and full of great schools, churches, and shopping opportunities- not to mention the beautiful houses. The current village is actually a combination of two villages, Lewisburg and Euphemia, which were merged into one community back in 1818. The town's population was listed as only 1,820 in 2010! It also makes good use of its resident history every halloween season by opening up the haunted cave attraction.

Officially listed as an amusement park, it is unlikely that this place is actually haunted- but that doesn’t stop people from coming and joining in the fun. In fact, the cave is commonly referred to as the best haunted attraction around and is even in the guinness book of world records as the longest haunted attraction in the world.

The cave itself is located 80 feet below the town, and used to be a mining operation. It’s a natural limestone cave, and aside from being an attraction, is its own underground ecosystem complete with animals and species that do not live or can not live on the surface and the largest population in ohio of brown bats. 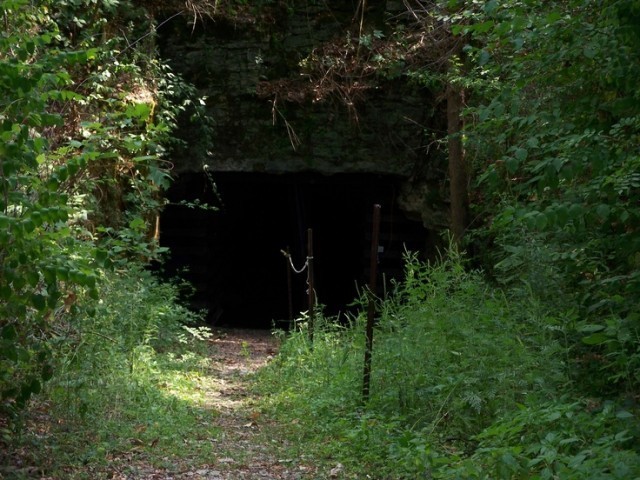 Brown bats are the quintessential image of a bat, with dark brown, glossy fur on their backs and upper parts with grey fur beneath. Their wings are dark brown and only have a span of 27 cm- maximum! They’re mouse-eared, and Adults are only 10 cm long and weigh, at most, 14 grams.

The females are larger than the males, and they actually have flat heads. Their brain cases have evolved to be flat- for whatever reason- giving them a significantly creepy appearance. Perfect for halloween! Brown bats share the cave with a few other species, most notably the very similar Indiana bat, but they’re different in that they don’t have long hairs on their hind feet.

The attraction is also commonly praised for its terrifying actors and storylines and for its great food and Kettle corn that can be bought from the historical society on site.

Apparently, you get right up close to the bats. Although they profess to have a great and interesting historical tour, the actual history or any details are not publicly shared.

Apparently, you have to pay for the tour to learn about the cave. The general admission is only 16 dollars, and it lasts 45 minutes, so it’s well worth your hard earned money.

Not sure if this place is haunted or not?