Bolling Hall Museum in Bradford, UK has a rich history and an interesting tale of paranormal activity spanning back over 300 years. Join me today as I take you on a tour of an ancient house bringing ghost buffs a haunting experience!

A beautiful and imposing building, Bradford’s Bolling Hall stands in leafy grounds just a short walk from the city center. With parts of the house dating back to medieval times and a rich history as the family home to the Bollings and the Tempests, Bolling Hall museum has seen some sights inits time. Death and politics, the English Civil war, it’s no wonder these glorious rooms and ancient walls have soaked up some of that energy.

First mentioned in the Doomsday Book as far back as 1086 and now an educational center and museum, Bolling Hall has become a hub for paranormal visitors over the years, even offering a ghost vigil during the Autumn months when the nights are dark and the trees stark and bare. I’ve walked the floors of Bolling Hall countless times. From the infamous ‘Ghost Room’ to the dark, stone walled kitchens, I know every nook and cranny of this stunning old house. But what else may walk those same floors?

The first documented ghost visitation to happen in Bolling Hall was during  the English Civil war in 1643 when Bradford was a Puritan town and wanted to remain that way. The Ear lof Newcastle came to stay with Robert Bolling at the ancient hall, with the intention of levying devastating violence upon the people of Bradford. He was angry that despite numerous attempts to level the town, it remained strong.

During a restless sleep the eve before the attack, it’s said that he experienced his covers being dragged from the bed, and a female ghost appeared at his bed side as he slept, chanting the words ‘Pity poor Bradford…’ The next morning, obviously shaken by the apparition, the Earl’s attack on the city was weak, with just 10 deaths occurring.

Since that day, the room he slept in has been dubbed ‘The Ghost Room’ and is often the basis of paranormal investigation. This beautiful, dark,sinister room houses a huge wooden bed, intricately carved. The dark paneled walls are covered in eerie portraits, and a baby’s cradle stands near the fireplace. Accounts from visitors speak of witnessing the cradle rock slowly of its own accord. Perhaps an ancient hand rocks the cradle, just as it may have done countless times long ago…

Of course ‘The ‘White Lady’ as she’s come to be known, is only one of an accounted 20 ghosts to haunt the rooms of this ancient hall, but she’s by far its most famous and reportedly still appears from time to time,floating eerily across the room and disappearing into the fireplace. 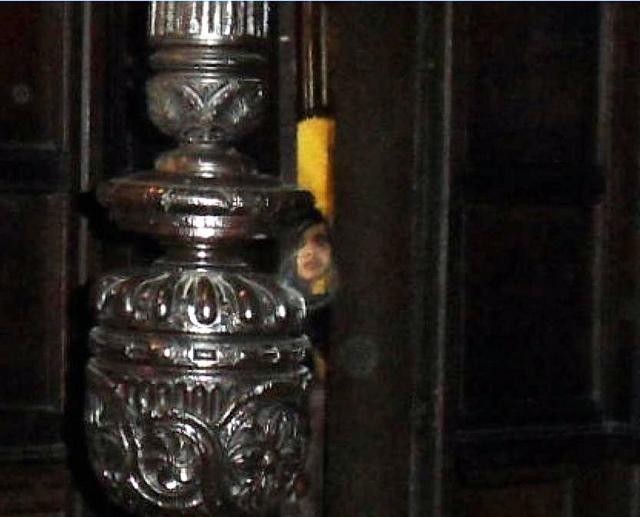 So what else might you come across should you decide to pay this beautiful old building a visit? Maybe you’ll notice the smell of pipe tobacco, or the stern Victorian lady who watches people enter the Blue Room.Perhaps you’ll hear the footsteps in empty corridors, or witness the shadowy figures that cross the balcony only to disappear before reaching the adjoining wall.

Have I witnessed anything on my many visits to Bolling Hall?Countless times. My initial feeling is one of cold dread as I enter the main hallway, and of something unseen pressing against my back. The balcony is something I’ve never been able to walk across, as soon as I set foot on it there’s something pulling me forward, a call of the void, and I’m forced to step back without crossing. The staircase leading to The Ghost Room is another area of the hall I find unbearable, each stair has a cold patch, and each cold patch is colder than the last until by the top step I’m physically shivering.

Born and raised in Bradford, Bolling Hall has been a regular haunt for me; as chilling as I find it, I’m also intrigued by the cascade offeelings that course through me when I enter the different rooms. From joy to despair,depending on where I am in the hall.

If you’re interested in experiencing for yourself some of the unusual supernatural activities in Bolling Hall, why not take up the challenge to spend the night there alongside paranormal buffs and enthusiasts alike. I’ve never dared to stay there myself, but I’ve spoken to those who have…

“We had a brilliant night at Bradford’s Bolling Hall ghost hunt. Not only did we delve into the history of the house, we experienced some very strange events and even had a table move all on its own!” ~ Dave Deadbunneh and Vix Wren

With links to Oliver Cromwell, the Yorkshire Witch and the English Civil War, Bolling Hall is well worth a visit! 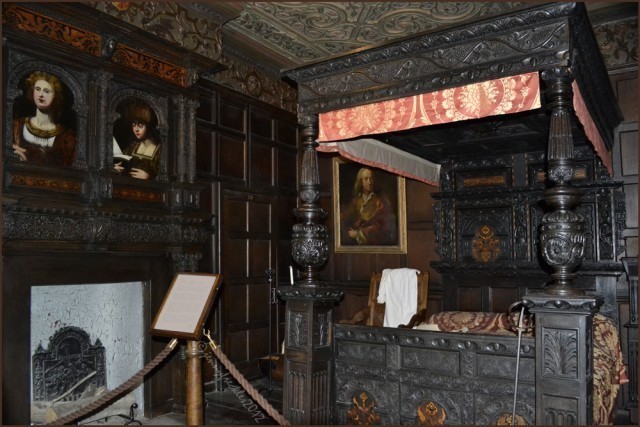