Famous witches of the world

Have you ever had a bad spell of luck or on the country had a lucky streak? Maybe just maybe it wasn’t good or bad luck but a spell thrust upon you by a witch. 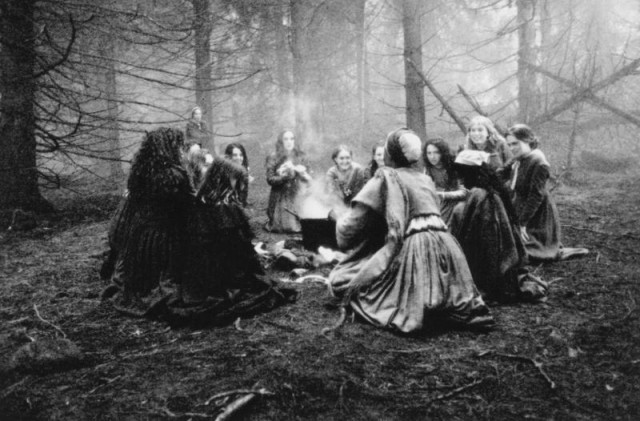 Have you ever had a bad spell of luck or on the country had a lucky streak? Maybe just maybe it wasn’t good or bad luck but a spell thrust upon you by a witch.

Some good, some bad and some a bit in between and there are some that just shine above the others.

Here at creepy ghost stories, we thought it was only right to present you with our top picks of famous witches of the world. 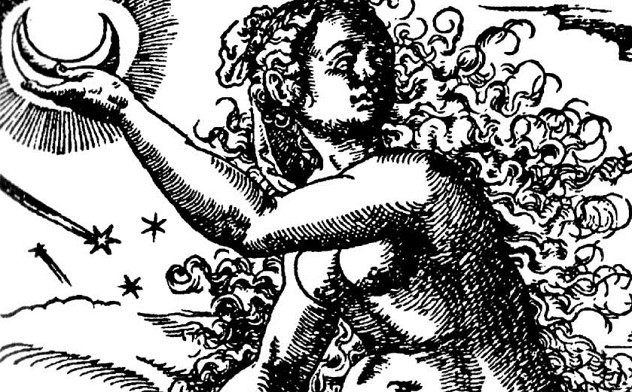 Aradia - the very first of witches

Most probably the most mysterious and magical of the known witches to have ever roamed the earth.

It is thought and also documented that Aradia was not actually born on the earthly plain, but was in fact created and sent down from above to pass on and teach her wisdom and witchcraft to the lesser and poorer women.

With her outstanding beauty, ultimate powers and brains Aradia was worshiped and followed by many and has gone down in history, and not just pagan history as one of the most powerful and influential witches of all time.

Still, to this day Aradia is looked upon and worshiped by modern day witches.

And born from good and bad, dark and light - Diana a deity of Italy and worshiped in the church of the Roman Catholic, the queen of witches and moon goddess and Lucifer a beautiful fallen angel and the devil himself, it’s no wonder that Aradia herself became known as the queen of witches.

The legendary Alice Kyteler went straight on our list without a second thought.

She was the very first witch who was condemned of witchcraft over in Kilkenny Ireland.

She was a wealthy woman after having 4 husbands.

She was accused of witchcraft after her 4th husband died due to poisoning.

She was accused of his murder as it was thought that she herself had used one of her witchy poisons and a spell to carry out the deadly deed.

Alice was accused of not only witchcraft but performing dark magic with the use of animal sacrificing and even worshiping the devil, she was even accused of doing sexual acts with Satan himself.

Fearing for her life she and along with her trusty assistant fled Ireland and landed themselves in mainland England.

Alice was never seen again and she more than likely lived out the rest of her life until she died of old age.

The same can’t be said for her assistant Petronilla de Meath who was caught and she herself took the penalty for Alice and was burnt at the stake on November 3rd, 1324.

As like in all things in life there and good and bad, darkness and light, heaven and hell, the same applies with witches where there are good ones and bad ones and La Voisin was the later!

La Voisin had 40 years on the earth before she finally paid her dues by being burnt at the stake in 1680.

Even from the tender age of 7 she would walk the streets begging and telling the fortune to paying customers, it didn’t take long for her prophecy skills got around and she soon built up a long list of customers who would soon become her followers and worship the ground she walked upon.

By the time she was in her early 20’s La Voisin was earning enough money to support herself as well as her husband and her stepdaughter with one of her many skills which include midwifery, beautician, palmistry, astrologer, herbalist and of course her best traded, sorcery

Her reputation soon got the attention of the church and her seerey enchanting powers had her magic being accepted and she was blessed by the church, and it goes without saying that her followers and clientele grew as did her wealth.

Troubled young girls would seek the guidance and help from the highest priest and with the help of La Voisin who would be dressed in her gold-embroidered dark purple robe would carry out a black mass and would charge the troubled girls. And the payment was their body for satanic sacrifice.

La Voisin, now the highest priestess had over 50 catholic priests who she would carry out the dark rituals with and with the sales of her poisons and even the limbs from the girls she sacrificed, La Voisin was making a pretty penny indeed.

Her wealth grew and La Voisin invested some of her wealth and bought a huge property to house homeless and poor young pregnant girls where she would carry out abortions, she would offer the girls her magic potions as payment and send them on their merry way. But sometimes La Voisin would brainwash the more troubled and vulnerable girls to go through with there pregnancy and give birth to there baby, in return La Voisin would set free these saddened girls by the promise of a better afterlife and mother along with there newborn, innocent babies would be used in the black masses and used in devil worshiping and would see their throats being spilled in the black magic satanic rituals.

These rituals and black sabbath's continued for many more years until finally La Voisin actions finally found herself in jail.

Justice came to all the lost souls when Catherine MontVoisin paid for her gruesome crimes on February 23rd, 1680 by being burnt at the stake. 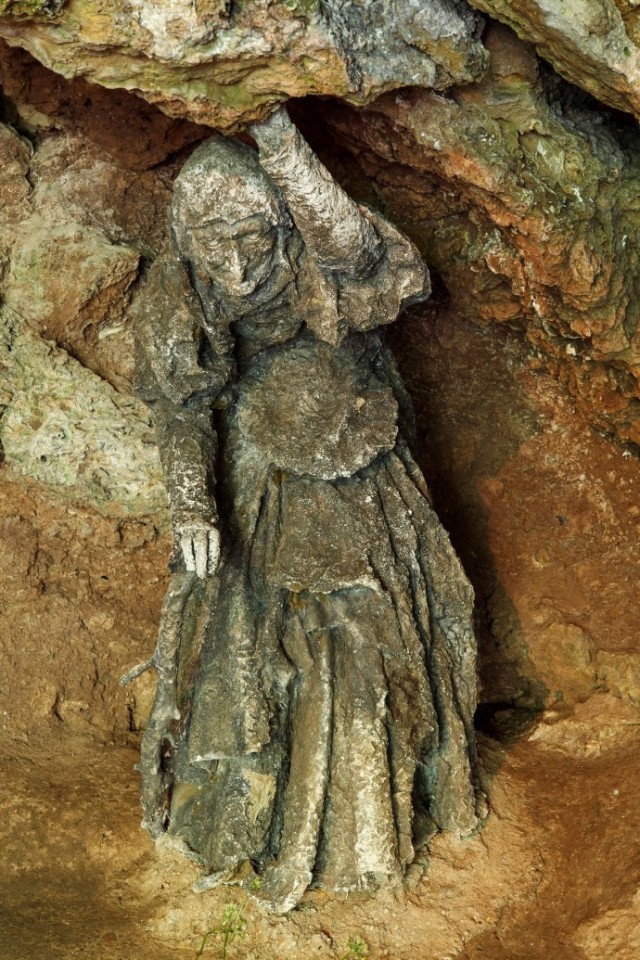 Born in a dark, damp cave and under the skies of a fearsome and aggressive thunderstorm Ursula Southeil was born to a 15-year-old mother and raised out of sight in the very cave she was born. Her young mother never revealed who her father was but it is rumored he was a being not of this world.

Ursula was born with bent inward legs and a crooked back and she wasn’t the prettiest of girls with her overlarge nose and witch-like feature.

Maybe this is why Mother Shipton had the people of England shaking in there boots and fleeing the safety of their homes.

Or maybe it was for her

Mother Shipton predicted many wars including the Spanish Armada, as well the fate of certain rulers, she even foresaw the great fire on London in 1666. But it was her prediction of the end of the world in the year 1881 that had people leaving their homes and seeking solace in churches and chapels under the hand of God. 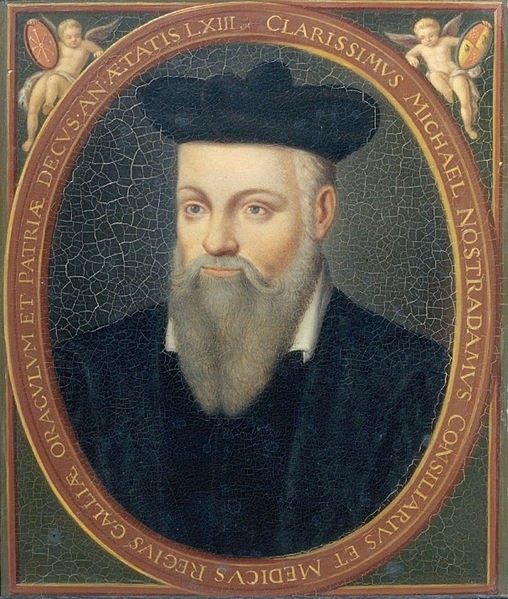 Ok, so not your typical potions and lotions witch but Nostradamus’s ability to see into the future gets his place on creepy ghost stories witches of the world list.

The 14th December 1503 was a great day for the world as Michel De Nostradamus was born.

It became apparent that Nostradamus was special from a very young age. His ability to learn was astounding and outshone all his peers in school, in fact, he outshone all his teachers too. He had a natural gift for astronomy and was knowledgeable in the subject beyond his years, so much so he was classed as freaky.

It’s well known that Michel De Nostradamus was like a sponge and had a photographic memory, but what really made Nostradamus stand out from the rest was his ability to see into the future.

With just a bowl of water, Nostradamus would stare into the still water and visions of the future would unravel before his eyes

His predictions were not only for his lifetime but for many years after, even till this day.

With his vast amount of Seery predictions documented in many books, it’s hard to dismiss he had a special gift.

Some of his most famous prophecies that came true include the assassination of John F. Kennedy and his brother Bobby Kennedy in 1963.

The French Revolution in 1789

And the most recent and tragic predictions was that of the 9/11 terrorist attack. September 11th, 2011.

Not bad saying that Nostradamus died in 1566. 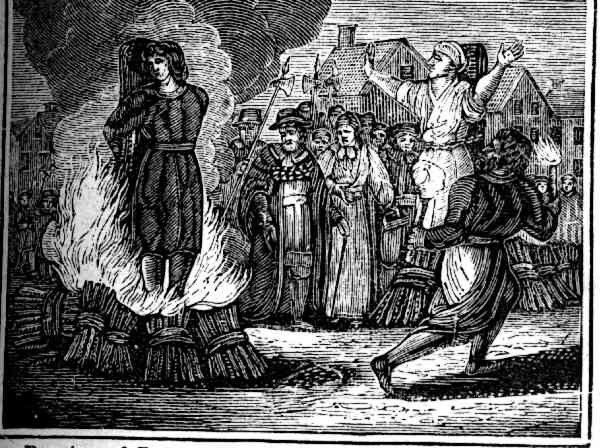 Agnes was a 15th-century witch whose specialty was her ability to make herbal healing potions and was known for her healing hands.

She was also a midwife and was at hand to birthing mothers, she made the birthing experience more comfortable with her herbs and potions.

Unfortunately for Agnes Sampson, her healing capabilities got her noticed and the Scottish folk of North Berwick didn’t like what they were seeing and hearing and Agnus along with another 100 or so accused witches were captured and tried for witchcraft.

Agnes was thrown into a dungeon at Holyrood Palace where she underwent 4 days of hell and torture.

She was beaten until she was bloodied and unconscious, her head was shaven and her naked body was strapped to the wall by her mouth using a device known as the scold's bridle. This torture device was placed in her mouth with 4 sharp spikes, if she was to move her tongue and mouth would be ripped apart. She was left like that for days.

Still, Agnus would not confess.

The punishers grew tired of her pleading her innocence so they decided to up the torture. A tourniquet would be the torture to break her and it wasn’t long before Agnus retracted her plea of innocence and confessed to all the charges against her.

Agnus along with the other accused witches were tied and burnt at the stake.

Agnus clearly not happy with her fate is thought to now roam the corridors of Holyrood Palace in her ghostly state. 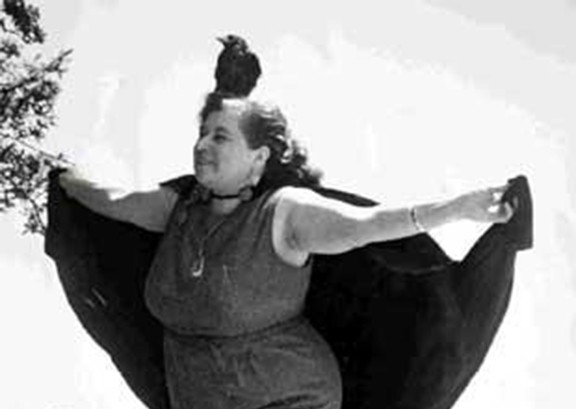 Sybil Leek was and still is a hugely respected witch, one of England's pagan treasures.

Born with the witch’s mark and from a bloodline of witches that can be traced back to as early as 1113 and with her physic Grandmother Sybil Leek was already to be destined a great witch.

As a child Sybil was brought up around the New Forest in Hampshire England, and had everything Wicca on her doorstep, maybe this is the reason why Sybil became so influential, as she had nothing to hide and was able to openly practice witchcraft from a young age and was a member of many covens and this is where her knowledge of mixing potions and healing herbal remedies grew.

Sybil was well known about town and could be often seen in her trademark floaty cloak and crystal necklace and with her jackdaw pet Mr. Hotfoot Jackson, who would sit on her shoulder.

Not only was Sybil an active witch with physic abilities and healing hands, she was also an avid writer and with a passion for Astrology, Reincarnation, and Numerology which is evident to anyone who has read one her many books on the subjects.

Sybil died in 1982 but her soul lives in all modern day witches who look upon Sybil as a role model. 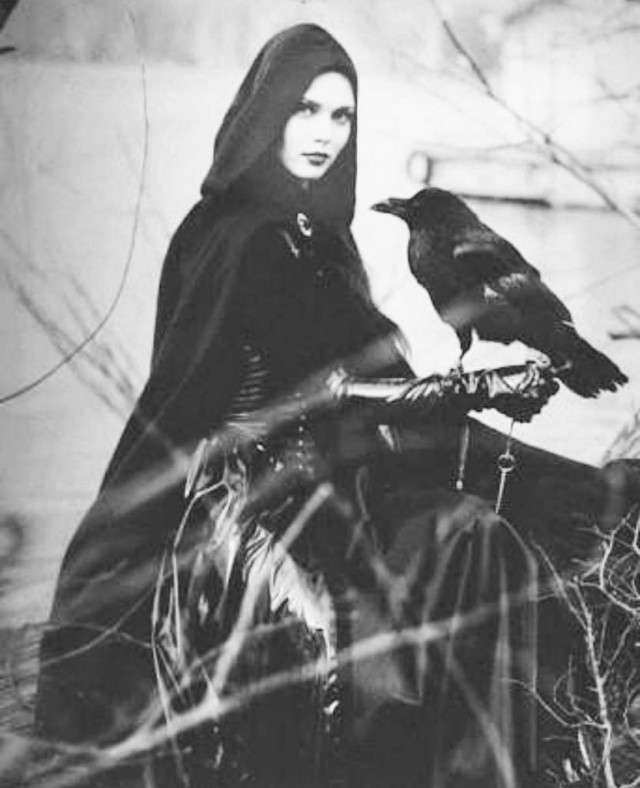 Creepies list ends here but there are hundreds of practicing witches out there today, most of whom are good, but like everything in life, there is a ying and a yang, a good and a bad, you never know who your neighbors are these days now do we?