3 AM is considered to be the devils hour. I take a look to see why. 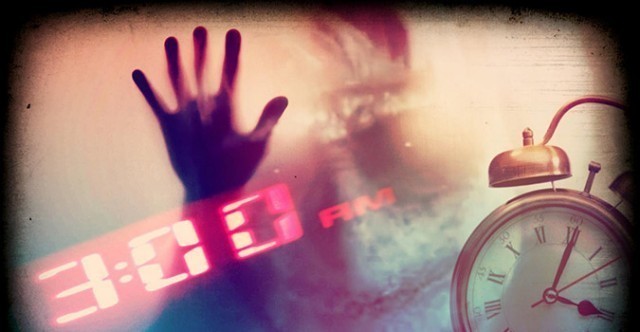 3 AM - Devil or The Witching Hour

3 AM is commonly associated with the paranormal. Many people root this belief in the assumption that Jesus was killed at 3 PM- making this the holiest time of day- and making 3 AM, the exact opposite on the clock, the exact opposite spiritually. It is believed that Demons and Devils are most active at this time, which is why it is commonly called The Devil’s Hour.

This is the main reason that Paranormal investigators favor this time of night, and for good reason - if you had a better chance at an almost impossible task, wouldn’t you take it?

Way back, it was called “The Witching Hour” but in modern terms this has come to represent midnight, not 3 AM. Back during the witch trials, this term was taken very seriously, and this time of night- midnight or 3AM- was literally considered the time that witches came out to do their work. This, of course meant that any woman out at these times of night would very likely be accused of witchcraft.

But the number 3 and the hour of 3 AM are not only considered to have a paranormal or negative effect by the christian collection- this association is nearly universal. In more traditional civilizations, there can be a direct relationship between numbers and letters of the alphabet, to the point where in some ancient civilizations, numbers were represented by different letter of the dialect, with no symbol of their own.

Everything was numerable or nameable- and in these systems, the number 3 often held a special significance- from describing constellations, to family, even the sea in some cultures. This triad has almost always been considered sacred, something that should not be messed with- such as the ability to exist as one, or duality. 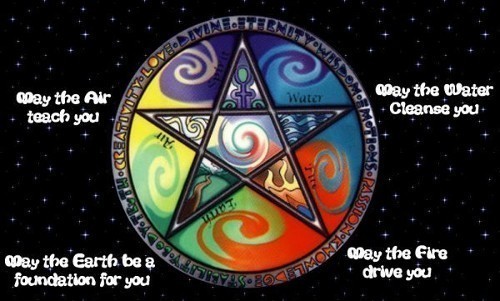 For example, in the Wiccan culture in which I have lived my whole life, the number 3 is the most significant number there is. The triple goddess is the most eminent of gods or goddesses. She is the Maiden, the Mother, and the Crone- the Maiden who leads us into life, the Mother who gives us life (and life to the sun, once a year on Yule- allowing us to farm and be warmed,) and the Crone, who is the great protector, and leads us into the darkness of the afterlife with her never ending lantern.

This is carried over into the threefold attributions of nature itself- for example, consider a tree- it begins as a seed, grows into a tree, drops millions of seeds during its life, beginning the cycle of three again. It then dies, becoming fertilizer for its children.

The number three is carried even farther, used to enforce the most important rule- “An ye harm none, do as thou wilt”- with the threat that whatever we send out to the universe, whether it be a thought, a spell, a wish, effort at work, effort to be there for your family, exercise, or negative things such as wishing death to someone, or worse and most punishable of all, actually hurting someone will come back to us, but tripled in strength. This is a lot like, “what comes around, goes around” except that it has the added concept that if we’ve sent a negative thing around, when it comes back around, it will be so much stronger than what we send out that it may just kill us or do other significant harm. I, for example, refuse to kill even spiders unless they are poisonous. Flies are another story. They’re all poisonous.

The hour of 3 AM itself is considered to be the time to best cast negative spells- such as a hex or curse- on people upon whom you wish harm. Apparently, the threefold effect is lessened at this hour, if you get it right- one second past the hour, and the protection is gone. However, this is apparently because so many spirits are present at this time of day- when the veil between the worlds is the thinnest- that some of the effect will rub off upon the many spirits around you at the time. So, you’re getting less of a hit- at the expense of other people- which will eventually come back upon you, anyways. 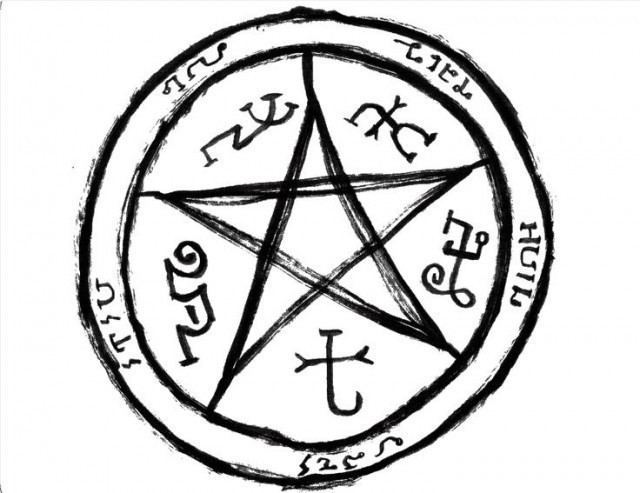 In Numerology, which is the branch of the occult that deals specifically with the symbolism of numbers, 3 is decidedly positive. It resonates with the energies of optimism and joy, speech and communication, imagination, intelligence, writing, and much, much more. It resonates with the ascended masters, and indicates that they are around you when you need them, helping you to focus the divine spark within you to manifest your desires, and to help you find peace, clarity, and love.

People who fall under the number 3 are very lucky indeed- and I am proud to say that I am one of these!

In the culture of Ancient Egypt, the number 3 also and obviously held a special significance. The number was the most basic of symbols for plurality, even represented in the way they designed the hieroglyph for the word; three vertical marks  ( | | | ). Triads of Deities were used in the Egyptian religion, just like in Wicca, to signify a complete system. There are many examples- the God Atum, when he gave birth to Tefnut and Shu, changing from one to three.

The beer that was used to trick Sekhmet soaked three hands into the ground. The second god, Re came up with three times to define the position of the sun- dawn, noon, and evening.  For less godly examples, consider the doomed prince who was subjected to three fates; to die by a crocodile, a serpent, or a dog.

An old story tells of a peasant who had to go for three groups of three attempts each just to get back his stolen goods (and I seriously hope there was a large pile of gold involved.)

A boastful mage claimed to be able to make the whole world dark for three days. The egyptian dead disembark their vessel at the third level of the land of the dead, and even the knot of the goddess isis, which represents life, has three loops.

As in Wicca, the number 3 has both negative and positive connotations.

Oak, Ash, and thorn are a triad of trees that is considered to create the perfect environment for the fae to inhabit. It is said by many cultures that bad things come in 3’s. Many haunted houses turn out to be haunted by three spirits.

In conclusion- perhaps it is not the hour itself, but the number that causes the paranormal or spiritual activity many people report at this time of day.