The Wayfarers Chapel in Rancho Palos Verdes, California, is a distinctive place of worship sitting atop cliffs that overlook the Pacific Ocean.

Also known as the Glass Chapel, the building has been featured on a number of TV programs due to its stunning architecture and location.  But it seems that there is more to the building that first appears. 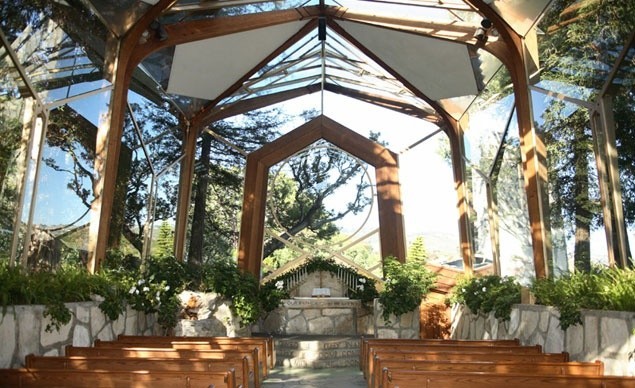 The chapel has a unique modern architectural style to it and was designed by Lloyd Wright, the son of Frank Lloyd Wright in the late 1940s.  Construction took place between 1949 and 1951 though it has been added to in later years including a visitor centre.  The church is a part of the Swedenborgian Church of North American and is a memorial to the founder of the church, Emanuel Swedenborg.

The church includes a number of the features that Wright’s buildings were known for.  The geometric designs as well as the focus on incorporating the landscape around it make it noteworthy and it has been added to the National Register of Historic Places.

Today, the church is often a popular location for weddings using both the chapel itself and its picturesque grounds for these occasions.  One of the most famous weddings to take place within the church was that of Marilyn Monroe and Joe DiMaggio in 1954. 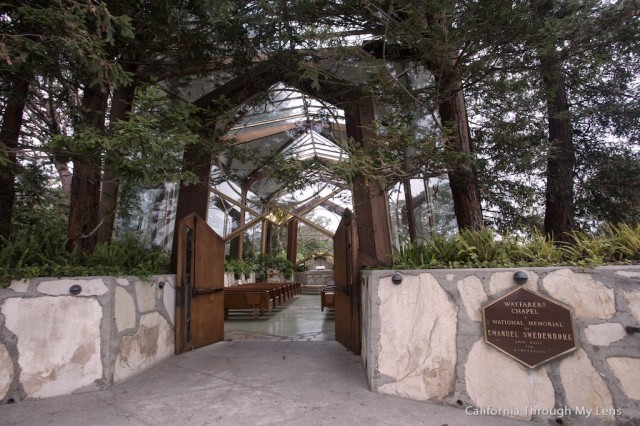 Most of the hauntings associated with the Wayfarers Chapel seem to take place on the ground rather than in the chapel itself.  Some people have noted a strange lack of cell phone reception while around the building, though if this has paranormal roots, it is unknown.

The garden at the rear of the church has a number of accounts of strange wispy figures being seen around it.  These indistinct forms don’t seem to interact with any of the living and appear mostly at night.  A white owl is also reported, notable because it seems much larger than any of the native species of bird in the area.  People also report being called by name but being unable to find anyone around to call them.

An elderly Indian man is also associated with the area and is seen watching weddings from a distance or sometimes appearing to work in the gardens.  There is also said to be a small cemetery at the edge of the property, slightly above the chapel and this is said to be the root of some of the hauntings. 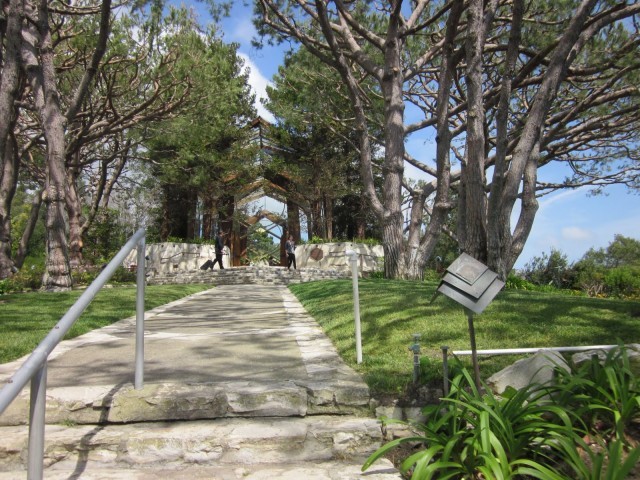 The city of Rancho Palos Verdes itself has a number of haunted locations.  The city is an affluent suburb of Los Angeles and is known for its open spaces and amazing views of the Pacific.  It was originally the lands of the Tongva Indians before the arrival of Portuguese explorers in the 1540s.

The Vanderlip Mansion was home to the Vanderlip family when tragedy struck – the wife murdered her family, chopped them up and stored the body parts in the walls of the house.  She then butchered her two dogs and killed herself, hanging from the highest wooden beam in the house.  The dogs are said to haunt the yard where they once patrolled while the woman and her family are still seen around the house.  Faces are seen at the windows and cries of help from terrified children can be heard at night.

The Point Vicente lighthouse is a popular spot for whale-spotting, particularly for the annual migration of the Pacific gray whale but also has a paranormal resident.  The ghost is believed to be that of a light keeper’s wife who killed her child and then committed suicide in the lighthouse.  She is seen at night around the building and often her screams are heard.