Wales is a country of beautiful scenery, amazing wildlife and historic houses and castles. It is also a country with more than its fair share of haunted locations.

Wales is a country of beautiful scenery, amazing wildlife and historic houses and castles.  It is also a country with more than its fair share of haunted locations and there are a good number of these are hotels.  Here we look at the five most haunted hotels for a paranormal vacation.

The Black Boy Inn is found on Northgate Street in the town, close to the medieval walls.  It dates from 1522, making it among the oldest inns in North Wales and was also once a part of a convent, which is probably why one of the ghosts there is a nun.  Another ghost sits in the bar area, watching other guests while a woman is also seen in the bar area late at night.  The child haunting one of the bedrooms is a proper interactive ghost – if you ask her if she is okay, her crying immediately stops. 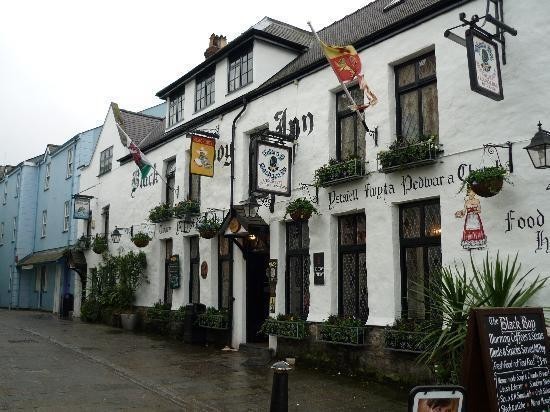 Llangoed Hall Hotel is found near the village of Llyswen, within the Wye Valley and is a country house that was built in 1632 by the Macnamara family.  In more recent times, it was bought in 1987 and opened as a hotel by Sir Bernard Ashley, husband of Laura Ashley, the designer.  One of the ghosts found in the hotel is a boy of fourteen who died in the 1940s and is seen in the kitchen, the library and in Room 1.  He’s a bit of a trickster, knocking over flour bins and moving furniture.  His cause of death is said to be either an accident or suicide. 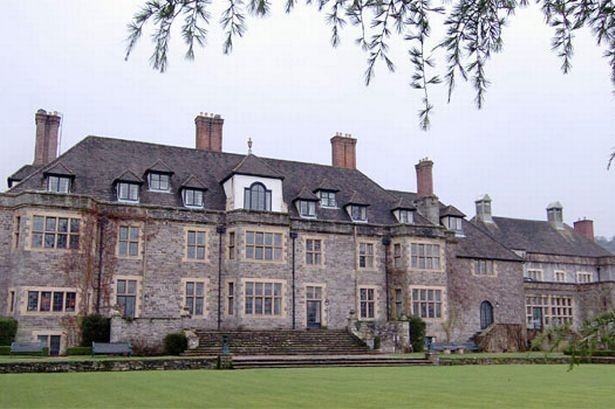 Ruthin Castle Hotel is both a haunted hotel and a haunted castle!  Built in 1217 by Edward I, the current building mostly dates from the 1800s when it was rebuilt by the Cornwallis-West family.  One of the most famous ghosts is the Grey Lady, the spirit of a woman married to a 15th century steward of the castle.  She discovered he was having an affair with a peasant girl and killed the girl but was also sentenced to death for the crime.  She is seen around the battlements as well as the banqueting hall.  A soldier is also seen around the grounds, notable for wearing just one glove.

Named for the famous Welsh hero prince, Owain Glyndwr, the hotel dates back to 1329 and was originally part of the monastery.  It became a coaching inn and in 1789 saw the first Welsh Eisteddfod festival.  The ghost here is a young girl who had an affair with a local religious man.  She died of a broken heart and is seen wandering around the hotel.

Hotel Maes-y-Neuadd, TalsarnauThe Hotel Maes-y-Neuadd has its roots in the 14th century and is near the village of Talsarnau.  It has two main ghosts, a nursemaid who appears to guests if they are feeling ill in any way and a ghostly dog who is seen in the garden.  He is said to be friendly – no Hellhounds here thankfully! 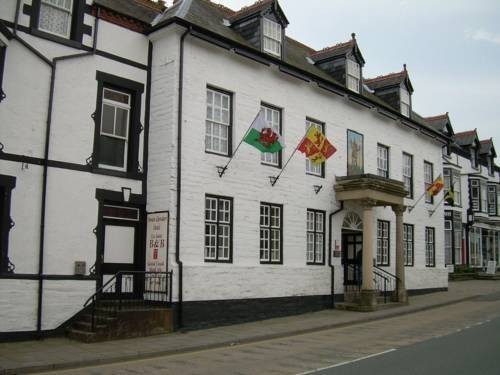