The most haunted village in England.

Want to visit a whole village of ghosts.visit Pluckley in Kent. Possibly the most haunted village in the England. 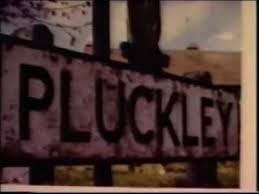 Is this the most haunted village in England?

With more than 1 ghost and ghoul to try and catch a glimpse of, the chances are that if you visit Pluckley in Kent your likely hood of bumping into something paranormal is pretty high!

With over 12 separate phenomenal sites, where will you choose to go to first?..

Maybe start off at Maltman's Hill, it is reported, more than once that a coach being pulled by a horse has been seen with a light on it, at different times of the day and at different locations. But this phenomena can also be heard without being seen.

Or Fright corner, It is unclear how the Highwayman came to his death, but it is known that is was by the sword of either the law or enemies/criminals..who knows? However, either way he was killed by the sword pinning his torso to the hollow of an Oak tree which once stood, but has since been chopped down. It is reported that the ghost of the highwayman re-enacts out this seen over and over.

How about visiting the old windmill site which was struck by lightening during a storm in 1939 and burnt to it's end .It's reported that a black silhouette of an apparition can be seen here and it is said to be that of the Miller, he appears here right before a storm.

Onto the Cross roads bridge (Pinnock bridge).. Here an old Gypsy woman would sell her watercress which she hand picked from the river. She burnt to her death by her own hand!.. It is thought that she set fire to herself with a drop of her alcohol and a spark from her pipe. Her ghost has been seen here in the form of a eerie mist that sits on the bridge.

Now onto the Suicide of the School master. After world war 1, a schoolmaster went missing from Smarden. A few weeks after his disappearance  his hanging body was found on Dicky Bus's lane from a tree... As of yet there is no record of any ghostly sighting, and the tree which he hung himself from is no longer there.. Could you be the first to have a glimpse of the Schoolmaster?

Seems as were onto suicides..Yet another suicide also by hanging! A Colonel from the military wrapped a rope from a tree and killed himself, this time in park wood. The trees that were once there have since been chopped down, but there are  still reports of his apparition that can be seen still roaming the area.

Seems like Pluckley is a suicide hot spot as yet another sad soul ended there life here..This time it was a lady. A Tudor Lady who is thought to have killed herself as a result of being "the other" lady..a mistress to a Dering resident. She took a handful of deadly berries from the garden of Rose court House and killed herself. Her spirit can still be heard here calling out for her two beloved pet dogs..It is also reported that her presence have been felt at the Dering house hold.. Maybe she is searching for her lost love.

We all like a screamer!.. The screams of a man can still be heard at the Old brick works and clay pit.  A tragedy happened here and killed a worker when the walls fell upon him and sent him to his sudden death.

Time for church.. The grounds of St Nicholas church is supposedly haunted by the Red lady ( Lady Dering ).. She has been seen here wondering around the grounds,reportedly looking for a grave where her stillborn baby lay. Her name Red lady comes from her burial, where a red rose was placed with her in an oak coffin. If that wasn't enough this church is also host to another ghost.. The White lady also a Lady Dering,( the sister of the Red Lady.) .. White Lady Dering gets about and apparently haunts not just the inside of church but also the library of the Dering residence. Her ghost showed itself one Christmas eve in the old library,the witness who claims of seen her was there with his rifle after hunting, and it's reported that he opened fire her to which she just vanished!

Keeping in with the church theme, head over to Greystone's house. This very old building was once occupied by the Church of St Nicholas back in the 1800's...no surprises then that there is a spooky presence that has been reported to grace the grounds and it's reported to be a Monk.

After all that maybe you need a drink in one of the haunted pubs that Pluckley has to offer, so we'll start at the cozy wood beamed, log burning Black horse. This is the most haunted of the pubs and even has it's own resident Poltergeist! This naughty phantom has been known to hide peoples wallets and items of small clothing. It's even given it's hand at cleaning the bar. While your sat there drinking your pint, cast your eyes to the cozy corner of the pub where you might catch a glimpse of a lady ghost looking right back at you. Then there's the unexplained toe curdling screams that can sometimes be heard from within the pub..no one knows who or what is doing this, but it's not human that's for sure.

Pub number 2 will take you to the Dering Arms. The only give away that there is a ghost here is the clothing she wears. This lively spirit is as solid as you and me and could possibly be sat right next to you.. so if you do have a neighbor at the bar, take a look at the clothes, if she's dressed as a Victorian Lady..don't run, just smile.

Last water hole on the list is the Blacksmith Arms. As the name suggests this was an old Blacksmiths and was home to 16 children..One of which still thinks it's his home. The ghost known as Little titch was quite the little star and the pub still has some memorabilia of his stage days.. Little Titch has often been seen just quietly sitting under the old apple tree in the pub's garden.

Last spooky location of Pluckley is a mystery bush, know as the Devil's bush. No one really knows which bush is the Devil's but if circled this 3 times the Devil will appear before you. Fancy taking your chances?? Maybe after visiting the ghostly pubs!