This is what happens when your past self was an evil witch. 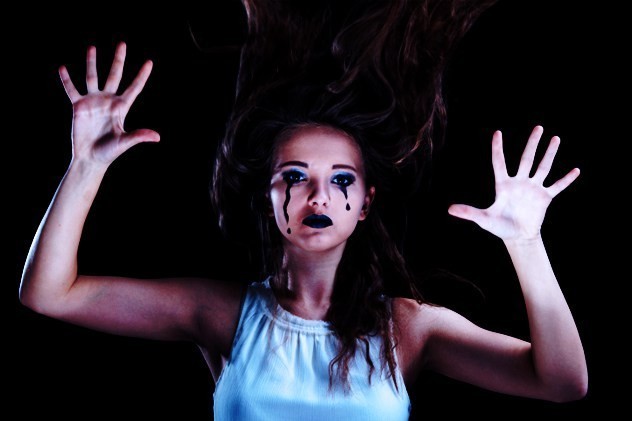 The haunting of Maria Jose Ferreira.

Back in 1965 in Jaboticabal, Brazil there was a normal family home for 11 year old Maria Jose Ferreira and her family, but one day things suddenly changed,and things became anything but normal.

The poltergeist activity all started out of the blue when falling bricks and flying stones materialized in the family home, they came out of nowhere. After a week of the “brick” attacks and household items being smashed by the falling stones, the family started to realised that something evil was in there presence. The poltergeist activity grew more sinister and started not just throwing the bricks but physically striking out at the family members. Soon after this they called upon their local priest to help. He came to the Ferreira’s home to investigate. He, himself witnessed the flying rocks, and other objects moving all by themselves, along with strange noises that came from nowhere but were heard everywhere. He concluded that an “exorcism” was required to evict the evil within the Ferreira home, to which he soon carried out. However not all “exorcisms” work, and that was the case here.

The “exorcism” didn't outcast this evil spirit, nor did it ease any of the terrifying activity, instead the “exorcism” spurred on the poltergeist even more, and things became even more aggressive and scary. Flying rocks became HUGE flying rocks and weighing in at over 8 lbs in weight, and when that wasn't enough, the furniture became this angry spirits throwing object of choice. But it was little Maria who had the worst of the violent activity, she was slapped, scratched, and even bitten, and had deep bruising appear all over her body. There is one report of Maria having to have over 50 needles removed from her ankle, how they got there is a huge mystery.

Still things got progressively sinister for Maria. She would lay there at night and the poltergeist would cover her face with a cup, as if to suffocate her, but the worst was yet to come. 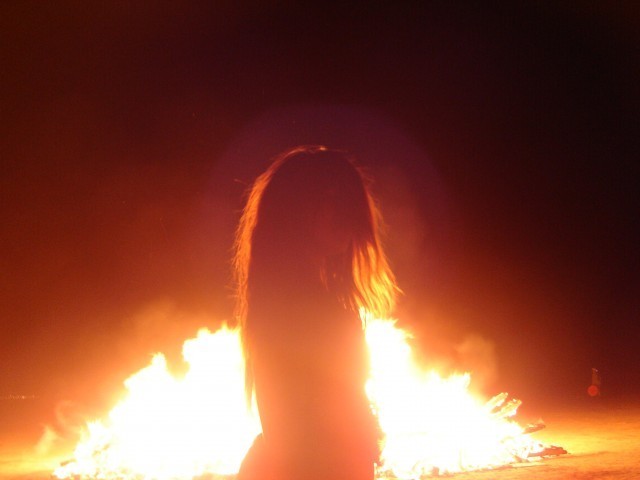 Maria was at school eating her lunch in the hall when she became ablaze with hot fiery flames, her clothes had spontaneously set on fire, with her in them.

The family, now fearing for the life of their 11 year old daughter Maria, asked a psychic medium to come to there home to see what information he could offer of the thing haunting their home.

Once there, the medium soon realised what he was dealing with. The hauntings were being done by a very powerful poltergeist, and an angry one at that.  He thought it was far too powerful for him to help so he asked if he could send Maria to an even greater medium named “chico Xavier”. So Maria went to Xavier’s home, to which he set about his business of contacting the spirit straight away. When in his medium trance he started asking the spirit why they were being so very violent and cruel to an 11 year old girl.

The spirit that was haunting Maria held a obsessive and angry grudge towards the girl, as it turns out that Maria, in her previous life was infact an “evil witch” and had murdered this ghost, and she was being haunted by many other angry spirits who she sent to there deaths by performing black magic on them. 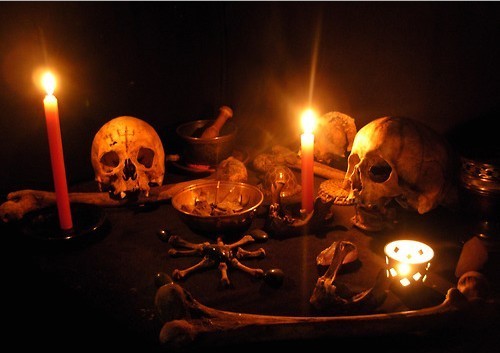 "Black magic is a means of bestowing misfortune and evil on others to cause them harm, discomfort, pain, unhappiness and even DEATH"

The medium continued with his communications with these spirits and asked them to leave poor Maria alone as this was just a young girl and not the evil witch, so it was unfair to punish this innocent child.

Maria returned home to her family but sadly she was found dead just a few days later.

Maria, in her desperation for the attacks to stop took her own life by poisoning herself with pesticides.

The hauntings at the Ferreira household stopped after her death.