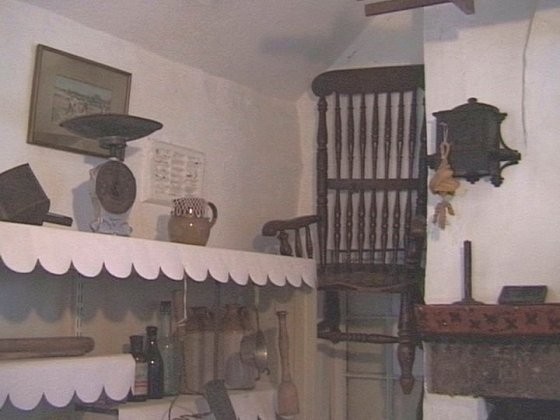 Thomas Busby was to be hung at down when he requested a lastmeal at his favourite pub in Thirsk, England. As he stood from his chair afterthe meal, he spoke these words – “May sudden death come to anyone who dare sitin my chair.”

Patrons at the pub would often dare each other to sit in thechair and found that men who had sat in the chair and went to war, neverreturned. Was it Thomas Busby keeping true to his curse, or the atrocity ofwar? That could have been the reason, until more victims of the chair losttheir lives to car crashes, falls and brain tumors!

The chair now resides at a local museum, suspended five feetin the air so no one else can dare to challenge Busby’s word… 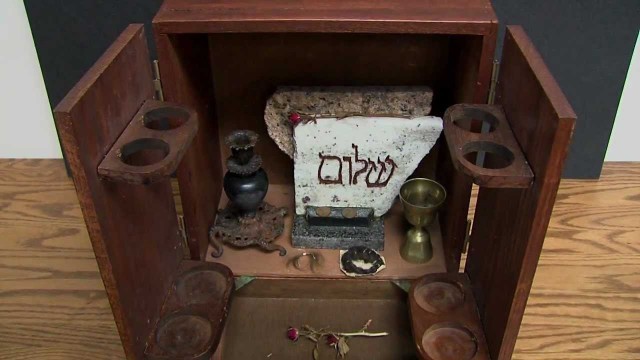 A wine cabinet that contains a malevolent spirit? Wellaccording to Jewish folklore, that’s exactly what a Dibbuk box is, and one ofthe most famous ones was the subject of the movie The Possession. When an antiquedealer came across the ancient wooden box in a house clearance sale of a 103year old Jewish woman, her granddaughter insisted he take it away.

After witnessing strange happenings and dark shadowyfigures, the antique dealer tried desperately to give it away, but the box returnedto him each time. He finally listed the Dibbuk box on ebay with a fullexplanation of the phenomena surrounding it.

Another doll, but if the stories are to be believed, thisone may be cursed by Black Magic. The ‘Robert’ doll belonged to Robert EugeneOtto and was given to him by a servant who disliked the family. Robert lovedhis doll and became strangely obsessed with it, and then mischievous happeningsbegan to occur. Rooms were trashed, vases smashed, and a very frightened littleboy insisted his doll had done it.

After Robert died at a ripe old age, a new family moved intohis home. When the little girl of the family found the doll she was terrified,and swore it was alive and wanted to kill her! The doll now resides at a KeyWest art museum, and bizarrely visitors state they must ask the dollspermission to take his photo, or they’ll be cursed! 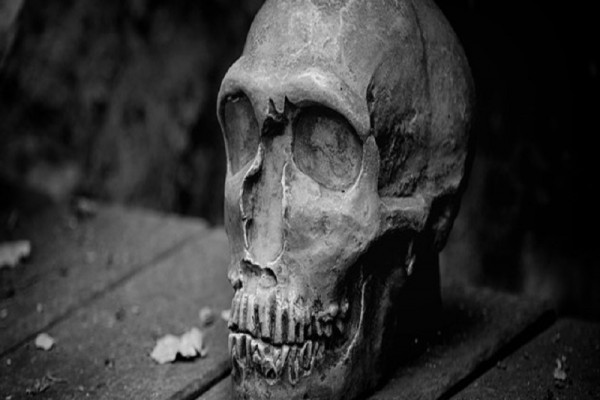 The Skull of Bettiscombe Manor

A Jamaican man sold into slavery swore on his deathbed thathe would never rest until his body was returned to his homeland. All thatremains of his skeleton is his skull, forever separated from the rest of hisbody. Maybe the screams emitting from the graveyard are those of a soul unableto rest without its head… 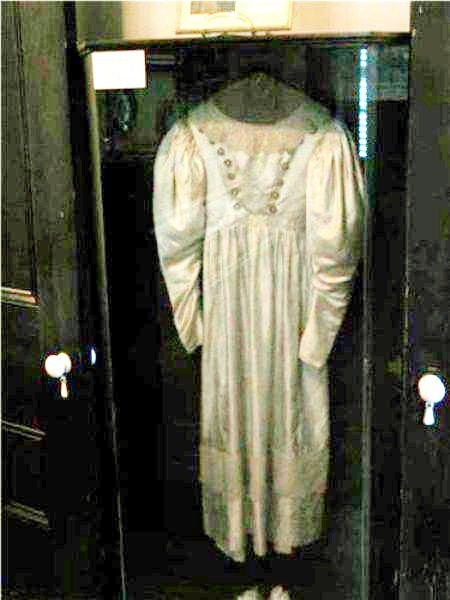 Anna Baker was young and in love, planning her wedding andhad even bought herself a beautiful gown. But when her father discovered hisdaughter was marrying below her standing, he banished her suitor and broke hisdaughter’s heart. Anna, angry at her father and vowing never to fall in loveagain, died a bitter spinster.

The gown now resides in a glass case in what used to beAnna’s bedroom at the Barker mansion. It’s said that late at night, especiallywhen the moon is full, the dress sways by itself. Perhaps the lovelorn Anna hascome back to claim the gown she never got to wear… 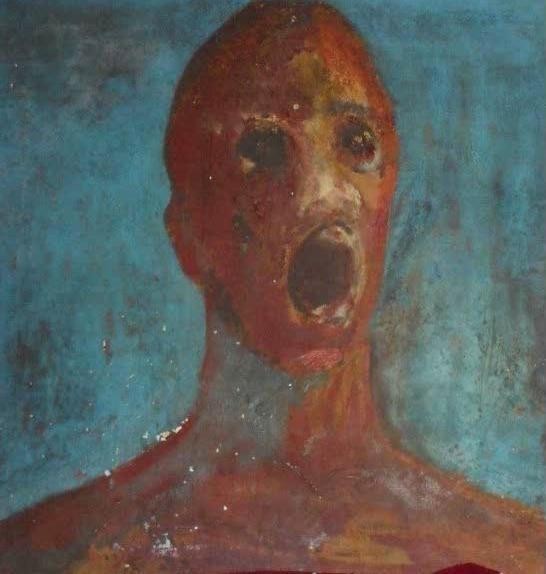 The Anguished Man painting comes with a pretty horrificbackstory. This traumatic looking painting was kept in the attic of SeanRobinson’s grandmother. According to her story, the artist mixed his own bloodin with the paint, and took his own life shortly after the piece of work wascompleted. She had locked it in the attic after being plagued by strangeoccurrences – voices and someone crying, the shadowy figure of a man in herhome…

When Sean inherited the picture, he and his family beganexperiencing the same weird hauntings, some of which he caught on tape beforesealing the painting in his basement. 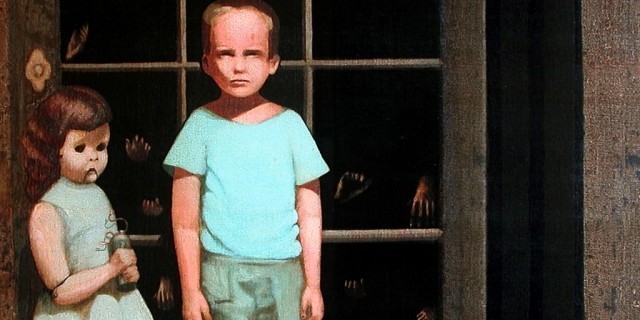 The Hands Resist Him Painting

Claimed to be the most haunted painting in existence, TheHands Resist Him was painted in 1972 by Bill Stoneham, and seems to come with awhole host of warnings for those who view this macabre piece of art.

According to reports, the figures in the painting move aboutat night, with the boy in the painting actually entering the room where thepainting hung, and the girl disappearing all together! Other reports includeviewers feeling weak and nauseous. Regardless of its reputation, this is one creepy work of art! 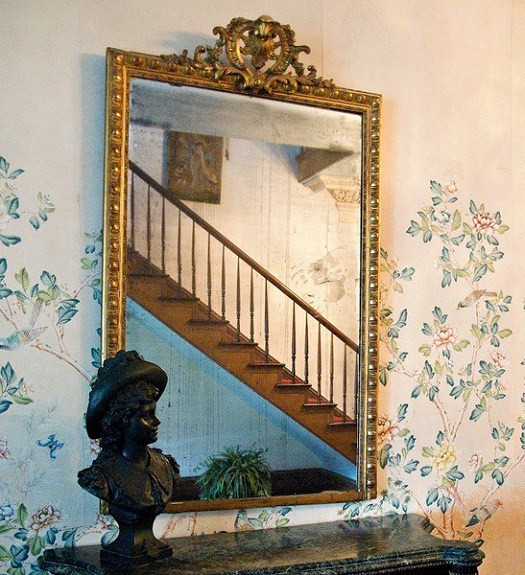 Myrtle’s Plantation is reportedly one of the most hauntedhouses in the world, and it’s also home to the macabre Myrtle’s Mirror. Theplantation dates back to the 1700’s and was built on a Native American BurialGround, and paranormal occurrences number up to ten a day. But none arestranger than the mirror.

Images of a woman have been seen in the mirror, and thehandprints of children stain the cold, reflective surface. It’s thought to bethe spirit of Sara Woodruff and her children who were poisoned, and their soulstrapped in the mirror forevermore… 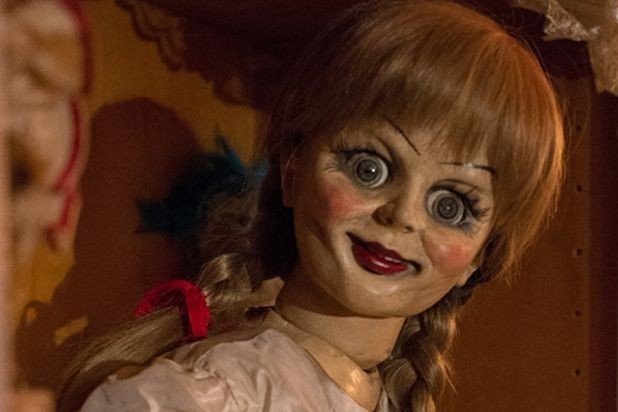 This Raggedy-Anne doll has recently been the subject of amajor movie, but the real story behind it is quite chilling without Hollywood’sartistic licence. Annabel certainly seemed to have a life of her own, appearingin different rooms and even reportedly standing up on her ragdoll legs.

Was she possessed by the spirit of a young girl or, rather,a demon intent on harming her young owners? These days, Annabel resides at the Occult Museum in Connecticut, in alocked cabinet with the sign ‘Warning – Positively Do Not Open’. 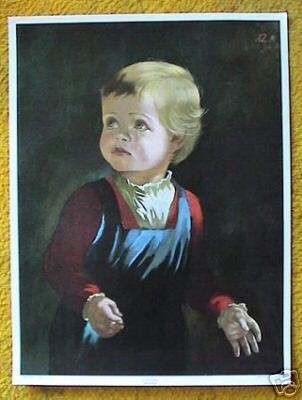 Many of us had a representation of The Crying Boy paintingduring the seventies and eighties, but this painting by Bruno Amadio had someunusual stories attached to it. One was that it seemed to burn down every houseit occupied, and yet the painting remained unscathed.

Whether haunted or simply treat with heat proof varnish, thepainting itself is enough to haunt anyone’s dreams as the face of a distraught childpulls at the heart strings…