Heceta Head Light stands on the Oregon Coast, 13 miles to the north of the town of Florence.

At 56 feet in height, it shines a light out to sea that can be seen for over twenty nautical miles, making it the strongest lighthouse along the coast of Oregon.  The lighthouse also comes with a number of ghosts and here is a glimpse of them. 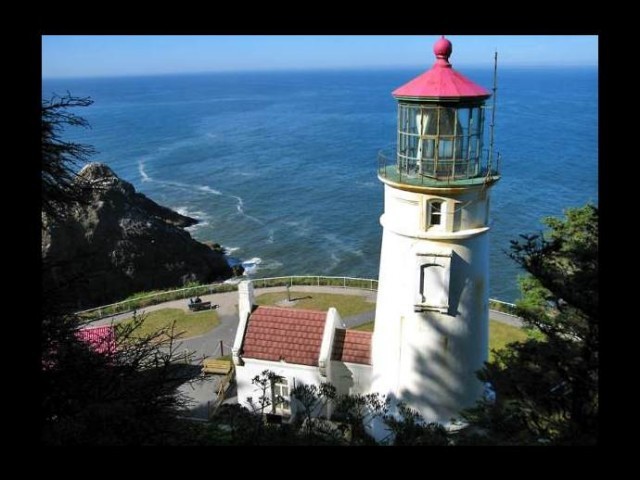 The lighthouse is named for Spanish explorer Bruno de Heceta who explored the area in the late 18th century.  The area was originally the lands of the Siuslaw Indians and they used the location to hunt sea lions as well as gather sea bird eggs.  It was also associated with one of their legends, that of the Animal People who built a stone wall, now the cliffs.  They used the stone wall to trick the Grizzly Bear brothers to fall to their deaths.

The lighthouse was constructed in 1892 and first used two years later.  it contained the lighthouse as well as houses for the head lightkeeper as well as for two assistant lightkeepers and their families.  There is also a barn and oil storage buildings on the site.  It was automated in 1963 and added to the National Register of Historic Places in 1978.  It closed in 2011 for extensive restorations. 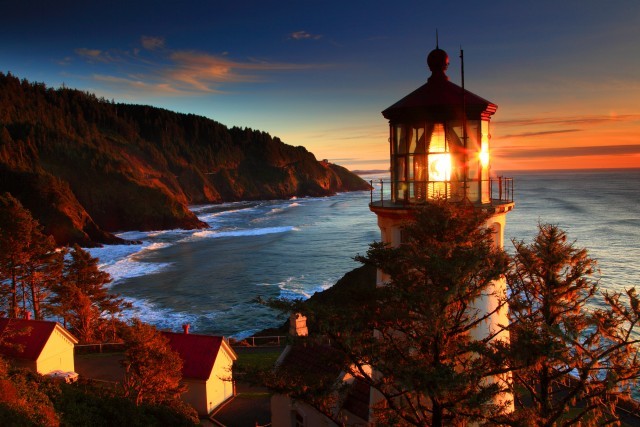 The main haunting at Heceta Head isn’t the lighthouse itself but rather in the houses associated with it.  The ghost is known as Rue and is believed to be connected to the grave of a baby that is on the site.  No-one knows how the baby died but the grave is real and most locals believe that Rue is the mother who lost her child.

Another story says that Rue was the wife of an assistant lightkeeper and that the child, a daughter, either wandered off the cliffs to her death or drowned in a local pond.  She was buried on the grounds of the lighthouse and her mother took her own life in grief.

Tales date back to at least the 1950s when people staying at the house reported strange incidents.  Strange noises and objects moving on their own were commonly reported while sometimes a woman is heard screaming in the night.  It is thought this is the screams of horror when the mother discovered her child had died, though of course this is speculation.

Rue is an active ghost who as well as screaming and making strange noises is also believed to be responsible for rattling dishes in the kitchen cupboards and causing lights to flicker on calm nights when there is no other explanation.  She even opens locked doors and leaves them standing wide open.

Whether the Grey Lady haunting Heceta Head is the same spirit as Rue the grieving mother isn’t entirely clear.

The Grey Lady appears in a mist that floats around the grounds of the house.  She also appears in more solid form, such as in a story from the 1970s while the property was undergoing renovation.  A man painting in the attic came face to face with her and fled, refusing to return.

He was reassigned outside but due to an accident, broke the attic window.  He replaced the window but refused to go inside to clean up the broken glass.  That night, the owners heard scraping noises in the attic and the next morning found all the glass had been swept into a neat pile. 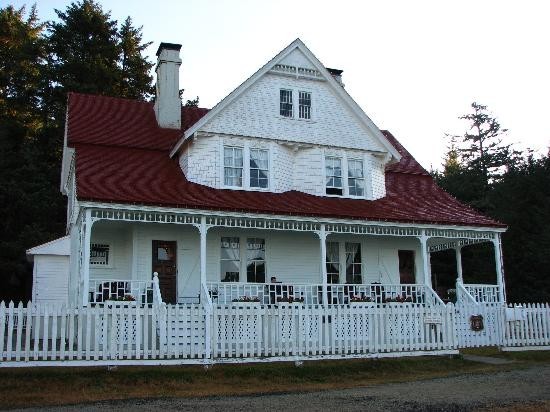 Over 100 sightings of the ghosts of Heceta Head have been reported and there was even an article in ‘Life’ magazine dealing with the case.

Summer is the best time for a visit when the weather conditions are at their gentlest though prior booking is needed for a sightseeing trip.