Free ghost with every pint..that’s what you get that these boozers.

Fancy going somewhere other than your local where nothing interesting ever happens? Then grab your coat and have a night out in one these creepy pubs where you might just get more than the karaoke for entertainment. 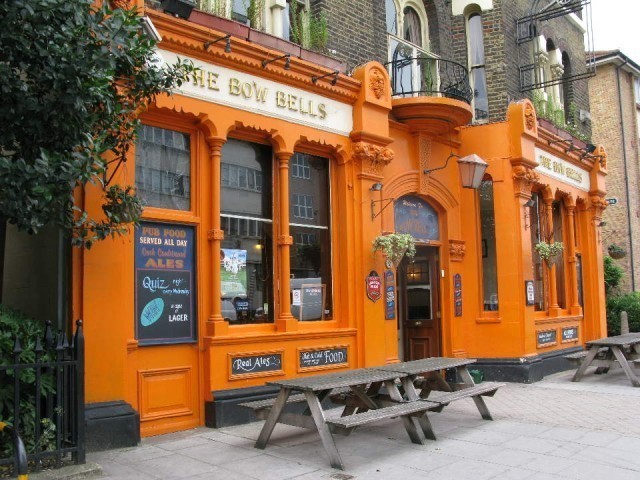 If you're a lady visitor to the Bow then you might just get a fright when visiting the ladies room.

There are many reports of the toilets being flushed by themselves, even when occupied. The doors of ladies also swing themselves open. If you do encounter this playful ghost hopefully you’ll just experience one of the toilet activities and not both together.

If you see a green fuzzy mist that just appears out of nowhere at the bar, don’t rub your eyes to much as it’s just the another one of the Bows ghostly residents.

And it seems that whoever this ghost is, it’s quite happy living in the pub and refuses to go,as the landlords of 1974 found out when they did a seance to free the ghosts, and the ghosts didn’t take any notice.

There was once a tree just next to the Spaniard's Inn,which has now been chopped down..not surprising as it was used for killing many people by hanging.

This 15th century pub not only serves up some of the finest in pub “posh nosh” with it’s wooden floors and warming open fires and not to mention the cold ales. The Spaniards Inn Is also known for serving up it’s very celebrity ghost. Dick Turpin a highwaymen in the 1700s is reported to of spent many times in this boozer which his father was landlord of. So maybe it’s no surprise then that there are ghostly reports of his apparition which haunts the upstairs room. There are often reports of loud bangs which cannot be explained and his spirit has been supposedly seen casually walking about.

As for the downstairs in the bar itself, if you get a pulling of your clothing, then that will be the ghost of Black Dick, he was killed one day outside the pub by a loose horse and there many reports of him yanking on people's coats, maybe he likes the company and doesn't want you to leave,or maybe he does want you leave and he’s trying to throw you out? If he does manage to scare you off, listen out in the car park area for the sound of Black Bess’s hooves as she gallops around. Black Bess was the trusty horse of Dick Turpin and has been heard by many but never seen.

You’ll find this lavish pub right next to the Sherlock Holmes Museum but that’s not all the history you’ll find here. Where this pub now stands, there was once a mansion where the Neville Family resided until they were all tragedy burnt to their deaths back in the 17th century along with their home.

There have been many ghostly sightings over the years of an eerie looking man who wears a long coat and smartly dressed.

His apparition appears in the cellar of the pub,which is believed to be the only surviving part of the original Neville mansion. Is this the ghost of Richard Neville? And is the same spirit whose footsteps can be heard wandering across the wooden floor when clearly no one is there, and is the same ghost who likes to flicker the lights on and off? 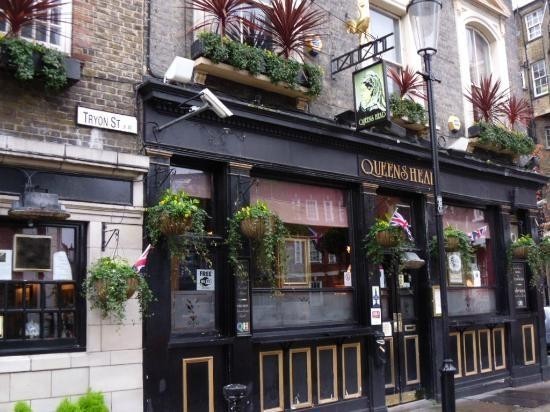 This Grade II listed building dates back to the 19th century with some 17th century center pieces to vavoom the interior. Is this where the two resident ghosts came from? Are they to fond of the old fireplace to let it go?

Some spirits are attached to objects and not places, maybe that’s why this lady with a swooshing dress is seen here from time to time roaming the pub.

She’s seen in a long Tudor style dress and is sometimes seen with another ghost. The other spirit is of a young girl described to be about 8 years old, Is this the ghosts of a mother and daughter?

This little ghost is often seen to be looking sad, but this sad spirit isn't always down in the dumps as she her loud laughter is often been heard throughout the pub.

Is this the little girl who is felt rushing past people on the staircase?

There are many reports of people feeling something rushing past them with a cold wind like sensation, or it could be the lady with the “swooshing” dress. It’s more than likely is to be her as the little ghosts properly can’t reach the light switch to plummet the stairwell into complete darkness.

If you fancy getting a glimpse of The old Queens ghosts then the first Sunday of the month is apparently the spirits time to shine.

“Apparently the most haunted in London”

This spooky pub is reported to be one of the most haunted in London.

This old Royal pub is the place where the Grenadier Guards would gather and have a cheeky game of poker or two. It’s even reported that the Duke Of Wellington used to wet his whistle here.

The story is that during a card night, that was held in an old cellar, a soldier who was losing his hand decided to cheat. Bet he soon regretted that decision! His fellow gambling friends physically beat him to his death.

There is paranormal activity reported here all year round but in September the haunting really spikes. Is this the month the young soldier died? Apparently it is.

Many customers and staff have reported seeing an apparition of a man in a misty haze walking through the pub and just suddenly disappearing.

He’s known to rattle and even move the chairs, and he’s not shy when he does it, it’s seen by many. Everyday objects have gone missing and then just shown up the next morning.

He’s also been caught on camera so be sure to snap away on your phone on your night out.