Americas tinsel town, home to the Hollywood’s rich and famous, full of glitz and glam and GHOSTS. 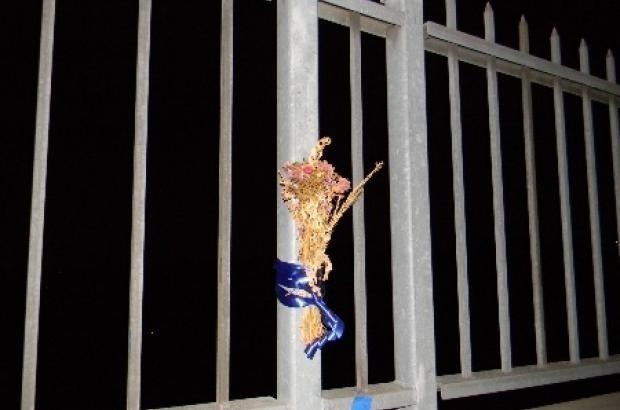 Built back in 1912, the Pasadena Colorado street bridge was an architectural thing of beauty as it stretched over the Arroyo seco river.

The bridge was used as it’s intended purpose for getting people across the river, but then one day back in Nov 1919 someone decided to change the purpose of the bridge and plunged 150 feet to there death.

This was the first suicide that happened on the bridge and the fad soon caught on as more and more people used the bridge as an easy way out of life rather than an easy river crossing.

Over the years there have been hundreds of suicides, and in 1993 authorities spent millions of dollars to put up a suicide barrier. Although the numbers of deaths have dramatically fallen, sadly the suicides still continue.

With so many suicides that occurred on the bridge, it really is no surprise that a few of these souls got lost and remain here to this day.

It’s reported that over 50 ghosts live here and not just on the bridge but under it to.

The main reports are of a floaty lady spirit, her hazy soul is seen to be leaping off the edge of the bridge but she vanishes in mid air. Another of the most active ghosts, is of a man wearing glasses who is seen aimlessly wandering the bridge.

Creepy shadows are often seen here as they glide over and even under the bridge.

Eerie noises and loud cries can be heard coming from the bridge late at night.

Many of the homeless who sleep under the bridge report of hearing a weird noises and a ladies whispers the words “her fault” as her spirit runs past in a wind.

The bridge just oozes creepiness, so much so that even animals pick up on the ghosts and act weirdly as they near it. 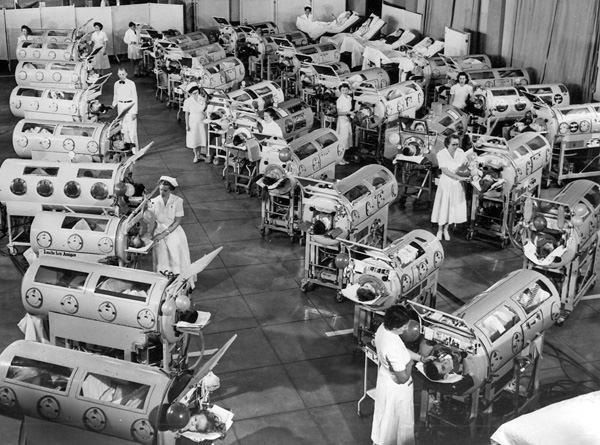 This Abandoned “Hollydale mental hospital” sits alone, unused with big wired fences surrounding it, it’s even patrolled by 24hr security just to keep you out.

Just passing this old building is reported to be super creepy, people say you get that horrible unnerving feeling that someone or something is watching you.

You just can’t help yourself but to glance back at the creepy building and when you do, some wish they didn’t.

People claim that dark disturbing shadows are seen looking through the windows at you and lights are seen to go on in the building when no one is there.

As with all old mental hospitals, the patients treatment was sordid torture and many died within the walls, and in this Asylum a freezer that was discovered by marines doing a training exercise in the old morgue area found that the contents wasn’t that of ice cream and fish fingers. This freezer had human body parts in it, from legs, arms and brains. 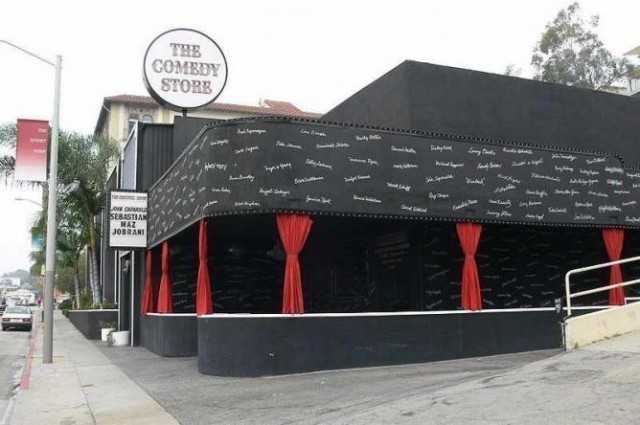 The place to go for a fun evening out, but laughter hasn’t always filled this building.

Back in the 40’s and 50’s screams and death lined these walls. Top mobsters used it as their hangout and used the basement to “sort out” nuisance people.

This is where the most of the creepy happenings are reported, Staff often report of feeling a heavy presence down in the basement, and some have heard loud bangs and cries and even dark disturbing snarls. 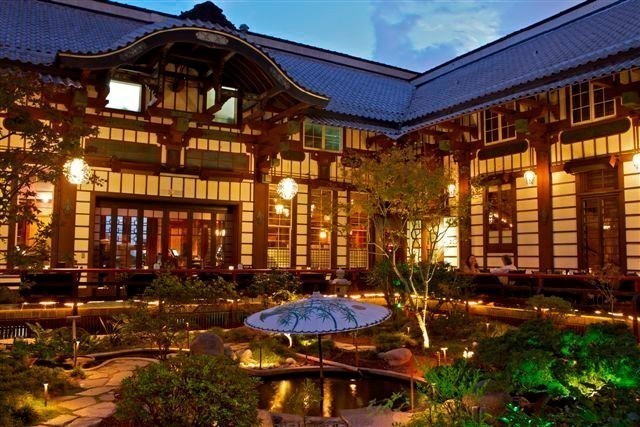 This stunning restaurant, serves up beautiful food and is picturesque for anyone’s wedding, but be warned, when in the bridal suit you might end up being gate crashed by the lady in white who is often report to roam here, and if her visual presence doesn't disturb you then the sobs a this ghostly bride just might.

Down in the bar area, while you're enjoying a nice refreshing drink keep an eye on the guy sat up next to you, he might just disappear before your very eyes.

The old owner Thomas O Glover is often seen to keep an eye out over his restaurant, making sure that things run smoothly and his guests are happy. His wife likes to be front of the house, and is sat at the bar pretty much all the time keeping her eyes on the staff. It’s ashamed that these two don't actually realise that they are dead and their ashes are buried in the stunning gardens. 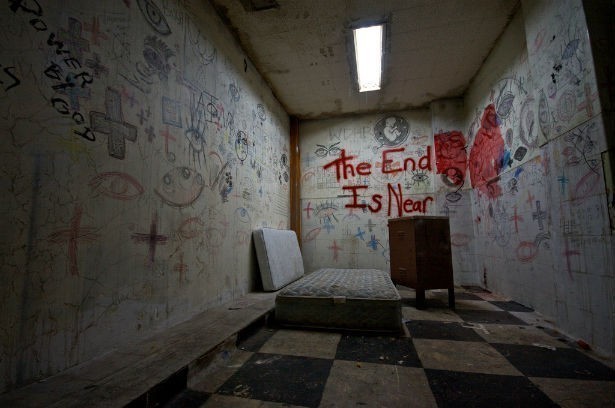 This LA hospital opened it’s doors back in 1904 but was known then as The Santa Fe Railroad Hospital which was purposely built for the railroad workers. As the years went on and the the railroads became less used, saw the employee numbers swindle. The hospital then re moulded itself to serve the public of LA town, from overdoses, drug crime and gang related violence. The hospital became run down and over worked and fell onto hard times and was finally closed down and abandoned in 1991.

But are the budget cuts and the lack of nurses the only reason why Linda Vista Hospital shut it doors on the citizens of Los Angeles?

This creepy place is apparently severely haunted, and i wonder if the elderly residents knew that before they moved into the newly renovated apartment block that is now there. I’m pretty sure they will now.

But before the hospital was turned into apartments, the creepy building was used as a filming location for horror films such as  “Outbreak, Insidious chapter 2 and 3, 30 nights of paranormal activity” and  music videos for “ Alice cooper, Garbage, Foo Fighters”  and tv series such as “Dexter and Buffy the vampire slayer” a very appropriate back drop for these spooky sets.

Many of the crew members who worked here on location have experience the ghosts of the hospital.

Three creepy ghosts in particular were seen frequently here, the spirit of a little girl is seen to roam around in the surgical room humming sweet tunes, a lady ghost who walks the corridors up on the third floor and a ghost of a male ward assistant was often seen to be still looking after his ward.

But these aren't the only ghosts who remain here.

Quite often the taps turned on by themselves in the surgery room over the “scrub” sink.

Dark eerie shadows were seen to float about the walls and often screams and cries of dying patients were heard throughout the night. Some people have even reported to have been touched by an unseen spirits and some even got pushed through the door. Especially in room 323. A demonic entity is reported to live in here, people report of a dark hollowing feeling the second you step foot into the physiatric room, chills go from the top of your head straight down to your toes. I wonder if this old room was converted into an apartment and if the new residents have there own creepy story to tell? 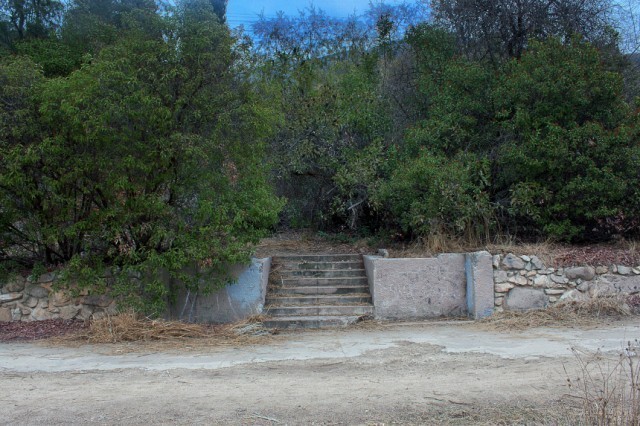 If you go down to the woods today, you better not go alone.

As with all forests, wildlife is lurking just around the corner, but in this forest the wildlife isn't the only thing you need to keep your eyes wide for.

Ghosts and even demonic entities reside in this Haunted Forest.

If you're brave enough to go for hike in this forest you might stumble across some old steps and ruins.

Where these ruins are now, once stood a grand estate build by Charles Cobb in the foothills of the forest in 1918.

After his death in 1939 Cobb left his estate and the 107 acres of land that surrounds it to Pasadena Masons.

The masons eventually sold the Cobb estate and was now home to the Sisters of St Joseph. Then in 1956 after the nuns had all moved on or died the estate was once again sold and the Marx Brothers bought it.

This is when the rumours of creepy activity started to circulate and the estate was torn down in 1959. The land sat unused for a few years and plans were being made to turn the grounds into a cemetery, however this didn't go down well with the locals and these plans were scrapped.

Over the years gangs have gathered here to participate in drug taking, which has led to overdose victims. Cults gather here to perform sadistic rituals and devil worship, as well as homeless setting up camp for a few nights.

Visitors to the the forest soon realise they're not alone.

Most people experience the feeling of heavy eyes following them as they pass the threshold through the heavy gates.

Eerie shadows are caught from the corner of your eye as they dart through the trees and cold winds are felt even when it's still.

There’s often reports of the smell of rotting flesh around the estate ruins but no dead animals or bodies have ever been found, but the sense of dread and harm is felt in its place.

At night things get even creepier, as loud cries and screams can be heard and the feeling of dread is heightened by something dark and unseen.