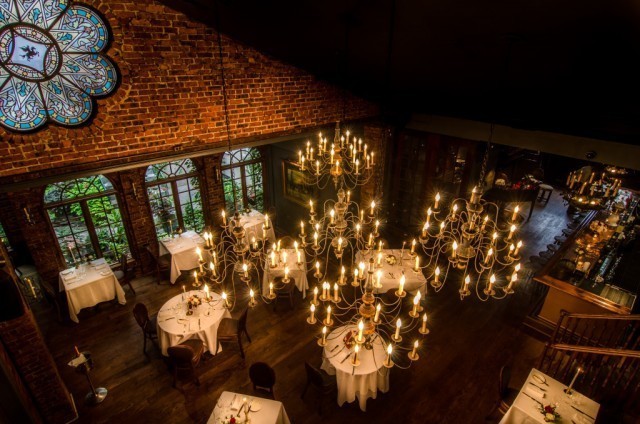 One if by Land, Two if by Sea.

Fine dining doesn’t get much finer than here. With soft candle light and the twinkly tunes of the piano playing in the background, One if by Land, Two if by Sea is the perfect eatery for a romantic evening. But ladies be warned. Keep your wits about you, or rather your earrings. There’s a naughty ghost here who likes to help themselves to them. Many lady diners report that there earrings are mysteriously taken while they sit at the bar.

Staff members and diners frequently report of often being pushed from behind by an invisible entity and the lights often flicker and turn themselves on and off.

If you hear plates smashing it may not be a clumsy waiter, one of the ghosts here likes to play Frisbee with the tableware and another likes to re arrange the pictures on the wall.

Some of the spirits here are mistaken for customers and staff members are left speechless when they go to serve them and they just vanish before their very eyes. 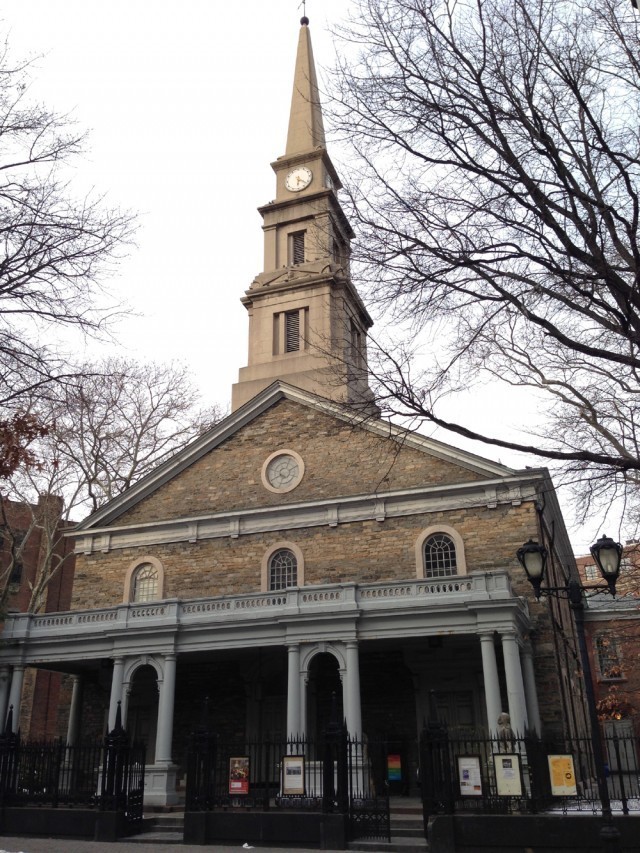 This historic church that can be found in Manhattan is one of the oldest.

It opened it’s heavenly doors back in 1799, but before St. Mark’s Church, stood the family farm and home of Dutch colonial governor Peter Stuyvesant. He died at his manor at the ripe old age of 80 and his soul was laid to rest in his very own chapel, which is now the Bowery, before his manor burnt down, making way for the church.

The first creepy encounter occurred soon after his death. Stuyvesant’s servants of his manor reported of seeing his ghostly apparition wandering around his old manor, that is until it was burnt down.

The fire didn’t discourage this ghost. In fact it spurred this one on.

When the church was being built the workman often heard weird unexplainable noises from the area where Peter’s body lays.

Hundred years on and the spirit of the Dutch man is still very alive.

The heavy church bells are often heard to ring all by themselves and Peter likes to cause disturbances during services by being speaking out loudly in Dutch.

His ghostly spirit has been seen on a few occasions in the church and he’s not always alone.

A lady ghost has been seen with, often as they sit in a pew chatting away with each other. 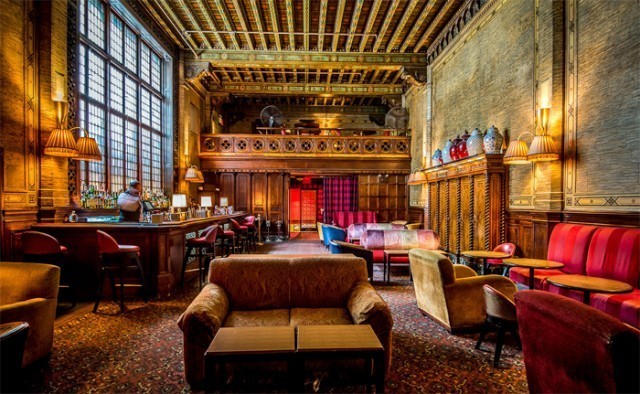 If you're heading out for a night of cocktails why not head to Campbell Apartments in Grand Central Terminal.

This unique sophisticated, chic bar is the place to go for an evening of luxurious glam, but don’t let the lavish interior deter you of the fact that this is also the home to Mr Campbell, but Mr Campbell died back in 1957.

The ghost of Mr Campbell is well known in the cocktail by all staff and there guests.

Some say they can feel a cold wind as he whizzes past you and others even report of being pushed by his ghostly hands.

If you don’t get to feel his ghostly presence then you may hear it. Often the organ will start to play by invisible hands, and on occasions he likes nothing more than to be seen sitting up at the bar sipping a cocktail of his very own. 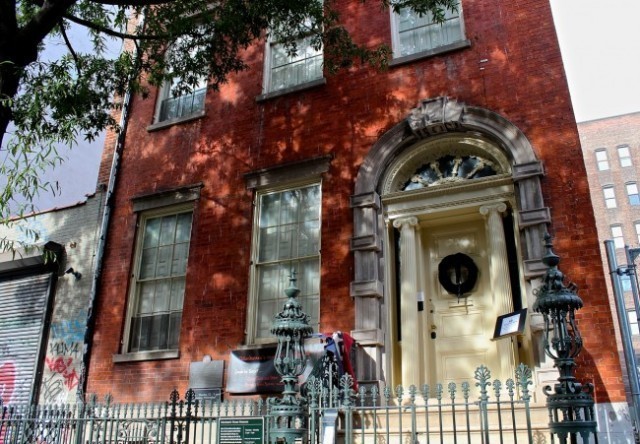 Voted the most haunted place in New York, and Manhattan's most haunted house, the Merchant house had to make it onto creepy ghost stories list of haunted New York.

Owned and lived in for over 100 years by the Tredwell family, in particular Gertrude Tredwell who was born there in the upstairs bedroom and lived her whole spinster life there until her death 93 years later in 1933. But Gertrude wasn’t the only member of the family to die in the house. In total there were 8 deaths that occurred in the house.

Gertrude didn’t stay dead for very long. Only a short time after her death, her ghostly apparition was seen by workman who were restoring the Merchant’s house, and creepy happenings have happened ever since.

Lots of the ghostly happenings are not only reported by the staff of the museum and the visitors but even by people just walking past the house.

There are many reports of weird smells that comes from nowhere, floor boards that squeak above your head when no one is up stairs, unexplained noises that happen at any time of the day, doors slamming in front of your face, even dark shadows are seen to wander the house, but the creepiest of the haunting's is the voices that can be heard late at night when the museum is shut up tight. 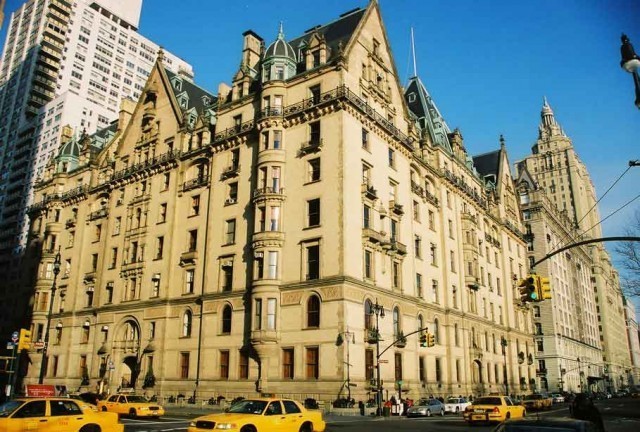 For one reason or another most of us will have heard of the famous Dakota building, be it from a novel or movie or as I know it, the place where John Lennon lived with his wife Yoko Ono until he was shot dead outside The Dakota back in 1980 by a fan.

Situated on Central park West this residential building houses more than just living beings. Reports of creepy ghosts and unexplainable goings on are rumored to go right back to when the building was first erected in 1880-1884 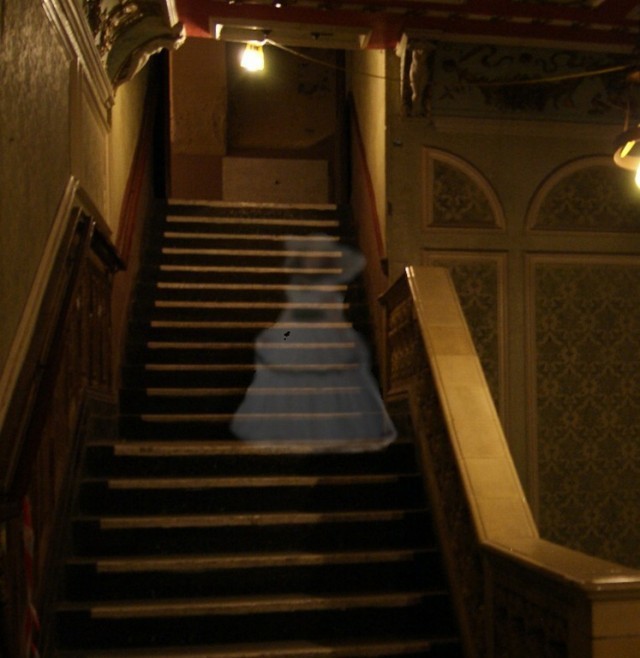 Workman of the building who were working inside the Dakota claim to have seen the first reported ghost, that of a young girl, with flowing blond locks, bouncing her ball up the hall, and soon after a resident saw the same little girl playing in the hall, this little ghost is still seen playing with her ball and entering locked closets to this day.

Another workman at the Dakota not only saw a ghost but had a violent run in with one. As the electrician was walking towards the basement, a short ghostly man walked out with a pointed collar and a wig, the ghost apparently stared the workman for a few moments before rushing up to him and taking his wig off and violently shaking it in his face before vanishing into thin air. It is thought that this angry little man is that of Edward Cabot Clark, the architect of the Dakota, but died before the building was finished. Mr Cabot Clark would make himself known in the same violent manner on a few more occasions but hasn’t been seen in recent years , however you haven't got to been seen if you can be heard. For months after his last appearance, residence would complain of weird and loud noises coming from the basement, when workman went to investigate they had a shovel thrown at there heads, no one was there. The noise soon faded after that. 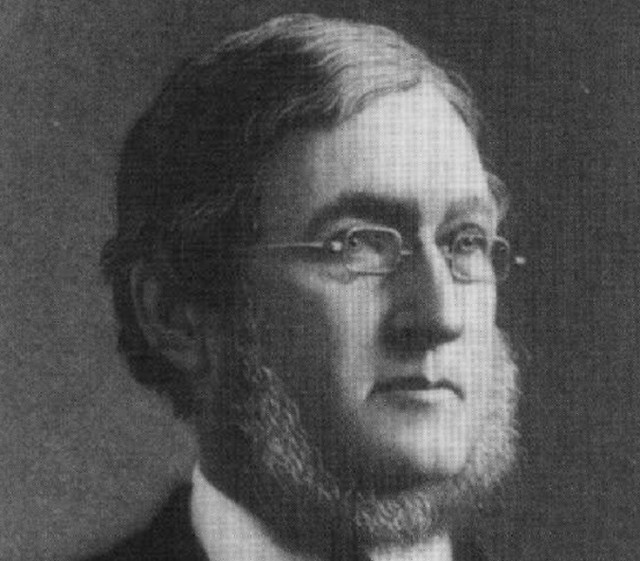 Another ghost who hasn’t been heard or seen for a long while is “The Mad Slasher” this ghost got it’s name due it’s violent behavior.

The panels in the elevators started to be vandalised by a knife, deep gashes were being gouged into them. At first the residence thought is was vandals but as soon as they were replaced, the same thing happened again and again. The gashes were too high high up and too deep to be done by human, the residents started to become very concerned when piles of paper were found up on the ninth floor, as if someone was going to start a fire, but no fire ever broke out. And suddenly it all just stopped. Was this Edward C Clark expressing his violent behavior once more? 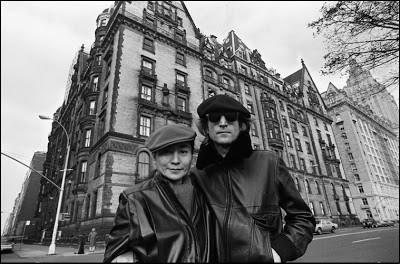 Many residence and even John Lennon have reported of seeing this lady ghost just walking aimlessly the hallways. Is she the one who likes to turn the lights on and off all the time and watch you as you walk by, many people say they get the feeling that there being followed or watched. Or is it John Lennon’s spirit whose footsteps you can hear up the stairs, it wouldn’t be the first time Lennon has made a ghostly appearance.

Yoko Ono herself has claimed that John had come to her once, Yoko claims that John visited her in there apartment, he was sat at his old white piano and looked at her and said “ Don’t be afraid, I am still with you”

Yoko Ono isn’t the only person who claims to have seen the legendary Lennon. Other residence of the Dakota have claimed to have seen John's ghostly apparition, he’s even been seen just hanging around the outside leaning against the doorway watching the world pass by.