These Hollywood theaters offer more than a good show. These ones offer a good or not so good ghost to. 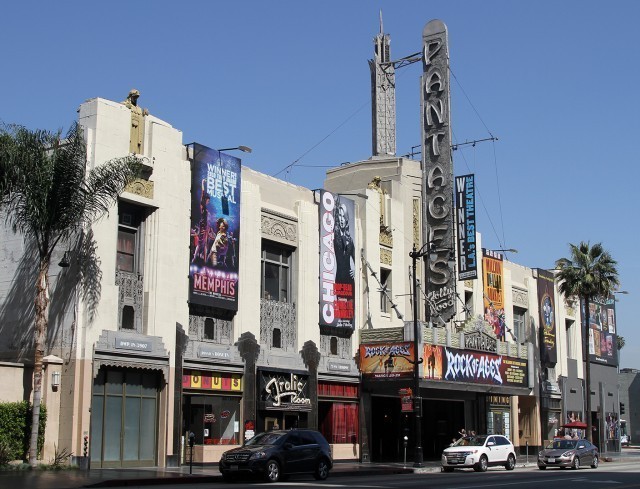 Hosting some of the best live shows around, this theater is as popular today as it was back in it’s youthful years.

Lots of people have reported of seeing ghosts here and one ghost has even been heard singing through a microphone on the stage.

One of the more frequent ghosts here is thought to be “Howard Hughes” who owned the theater from 1949 - 1967, Hughes may not have died here, but it’s reported that he was at his happiest here.

His apparition was seen one day by a workman when the building was being renovated, apparently he was seen to walk over the scaffolding and onto the balcony, when the workman asked “Hughes” what he wanted he just vanished into thin air. Hughes has been seen on many occasions wearing a smart suit, he’s seen to be roaming the area where he his old office once was. Hughes spirit is not only seen,but he’s also felt. Many of the staff here report of feeling a gush of cold air wizz right past them when they're in the office, even when the air con isn’t on and occasionally the smell of cigar smoke is smelt all around as well as unexplained banging noises like someone is opening and closing desk drawers. But it isn’t Hughes’s ghostly voice that has been heard over the mic. A lady spirit keeps Hughes company, when it’s quiet and empty the staff often hear a lady singing and when they were setting up the stage for a live performance, this singing ghost took to the stage and sang through the microphone.

It appears that the lady spirit is a kind soul, as when someone was asked to leave the staging area, they got lots and confused in the dark and was helped to the door with someone holding there elbow, when the lady turned to thank the good citizen there was no one there.

The ghost of Thomas Ince is reported to roam these studios. Once the workplace for many of his 100 movies over his short but successful career, including the classic “Gone with the wind”. Inces life was cut short under very suspicious circumstances, no one knows for sure exactly what happened but he died after a night out on a yacht with friends, Charlie Chaplin, William Randolph Hearst, Marion Davies and Louella parsons. After returning home he had a heart attack and died, but some say he was shot by a jealous “Hearst” , either way his death and everything surrounding it was all very hush hush. Maybe that’s why Ince’s soul didn’t move on and why he haunts The Culver Studios to this day. His apparition has been seen many times by the staff over the years, just wandering the studio’s floors and around the grounds, but he’s seen more often than not walking up the stairs where the executive screening suit is , which is where Ince’s private projection room once was. He is also seen to wander the stage area, and when there was some renovation works being done in 2000, his ghostly apparition appeared in front of the group of workman and shouted “I don’t like what you're doing to my studio” at them and then walk straight through the wall, the men soon fled the building.

Back in the late 1800’s The Vogue Theater sat beside Prospect Elementary school which had just four rooms. A fire broke out in 1901 and sadly 25 children and the teacher, Miss Elizabeth perished in the burning building.

The theatre was unaffected and continued to host shows.

With apparently over 4000 people claiming to have had a paranormal experience here, it’s easy to see why the building is unoccupied.

A whole audience of 600 people all saw a little girl ghost just skip right across the stage, then just disappear. Creepy stuff right?

In 1997 a parapsychologist Dr Larry Montz, took over the closed building to house offices for his team in International Society for Paranormal Research, unaware at the that this building was haunted.

Montz soon realised that it was indeed haunted and discovered that ghosts here were 6 of the children who were killed in the fire and their teacher, along with two more adult ghosts.

“Fritz” the ghost, the theatre's old projectionist, was known to tinker around with movie reel when showings were on and “Danny” the other ghost here died of a drug overdose, and his ghostly apparition was often seen around the theatre. 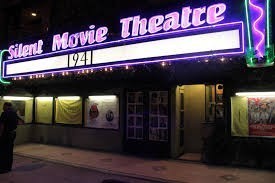 John Hampton, had a love for silent films. So much so that he opened this silent movie theater back in 1942, but back then in was known as “Old time Movies”.Hampton loved his movies that much that only he was allowed to touch them and even preserved them in highly toxic chemicals in his own bathtub. The toxins were fatal, and sadly Hampton died of cancer in 1990.

It wasn’t long before the theater was taken on by Lawrence Austin.

It seems Lawrence had made an enemy at his work place and a co worker hired a hit man to kill him.

Lawrence was murdered. His “shot” body was found in the lobby of the theater in 1999.

It’s reported that Hampton is heard walking around up on the second floor and Lawrence has claimed the lobby. 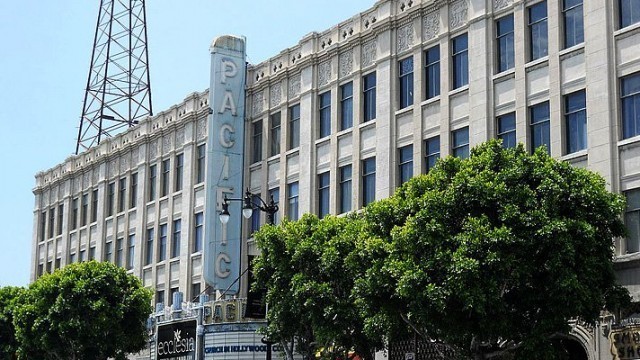 All over the world the Warner Bros logo is known by millions of people, as you pop on a movie and there it is the WB in a shield.

It all started back in 1923 by the 4 Warner brothers

The brothers risked all they had and ploughed all their money,blood sweat and tears into the theatre. Sam in particular was the driving force ahead and worked longer and harder than anybody else to get the theatre doors to open.

The doors finally opened to the showing of “The Jazz Singer” but sadly Sam was unable to see his dream come true, as he died just the day before.

Sam had worked himself that hard, that he had given himself Cerebral Hemorrhage and died at just 40 years of age.

It turns out that Sam was just as determined and hardworking in death as he was in life.

He wasn’t going to let the fact that him being dead stop him from being present at the grand opening of his theatre. Nor was he ever going to leave.

The staff that work in the office are used to the seeing chairs move all by themselves and the elevator randomly going up and down as well as knocks on the doors.