The internet has been a wonderful tool for the spread of knowledge but has also seen the spread of phenomena known as urban legends on a far greater scale than ever before.

The internet has been a wonderful tool for the spread of knowledge but has also seen the spread of phenomena known as urban legends on a far greater scale than ever before.  Top of the list of these legends are the Black Eyed Children or Kids, often referred to as BEKs.  While these stories do pre-date the internet, the world wide web has seen their growth – but are these stories just that, a fiction of the mind or is there something darker and far more threatening behind them? 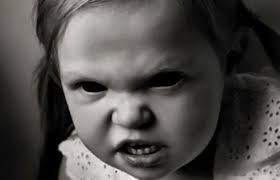 In the most basic terms, BEKs are children usually around teenage years or a little younger that have strange, colourless eyes.  Whereas the normal eye has white and a coloured iris, their eyes are completely black.  While this could be attributed to some rare genetic trait, there is also more to these kids than just unusual eyes.

For starters, they speak in a strange manner, almost like they were actually an adult disguised as a child.  Then there are odd child-like behaviours thrown in that seem a little forced – singing or playing games.  Some reports note a strange bluish tinge to their skin like that of a cadaver while others notice that they don’t make eye contact – although this could be down to an awareness of their strange eyes.

These kids are most often reported in places and at times that kids wouldn’t normally be.  But the weirdest part of the whole phenomena is their actions.  Many of them seem hell-bent on gaining access to people’s homes and cars but will only enter if invited, like a vampire of old.  Many use ruses to attempt this, such as needing to call their parents or to gain refuge from an unspecified danger.  But the almost universal feeling from witnesses is that these aren’t normal children and despite an adult’s urge to help a child, they turn them away.

Finding the source of the first stories about BEKs can be difficult but one man that claims to be one of the earliest to encounter them is a man called Brian Bethel.  In January 1998, he was sitting in his parked car when he was approached by two olive-skinned bots who asked for a ride home.

Their ruse was that they had been to the movies but forget to bring bus fare for the ride home.

The encounter happened in Abilene, Texas and Bethel recounts the strong urge to flee from these seemingly harmless kids.  The two became agitated when he didn’t allow them into the car and it was at this point he realised they had strange, colourless black eyes.  Unable to say why, Bethel fled the scene. 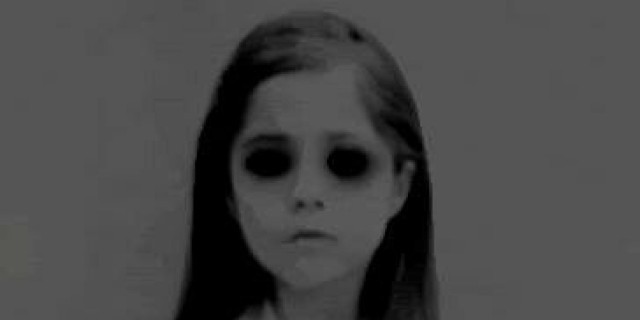 Since then, reports of encounters with these strange children become more and more frequent.  One example is a story from a resident in north Texas, a woman who had never heard of the BEK phenomena.  One Halloween he was waiting to dish out candy to the neighbourhood kids but things were quiet.

It came to around 9:30 and there seemed to be no more visitors so the witness let out their dog while her husband went up for a shower.  Suddenly, around 10pm there was a knock at the door.  She glanced through the door glass and saw the silhouette of two small children so she turned on the porch light once more.

Wondering why small kids were out so late, unaccompanied, she opened the door.

Opening the door only a little so the dog didn’t get out, she was surprised to see a boy and a girl, around 11 years old, not wearing any costumes.  The girl asked politely to use the phone to ring her mother which the woman thought was strange in an age where kids are glued to mobile phones.  The girl replied that her phone battery was dead and insisted again on coming into the house.

When the woman hesitated, despite her natural instinct to help, the girl added that the boy needed to use the toilet.  It was at this point she noticed their completely black eyes and every hair on her body stood on end.  The girl kept insisting but the woman shut the door.  She said to give her the number and she would call the parents.  There was no response, so she went into the house and could see the kids standing under a streetlight, staring at her house.  She lifted the phone to ring for a neighbour and suddenly, the kids had vanished.  She never saw them again. 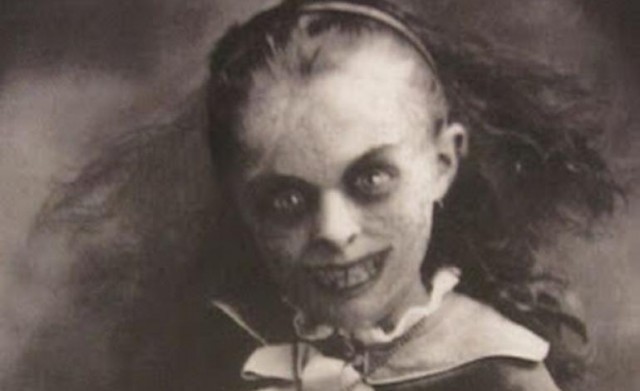 Accessing cars seems to be another popular trend to the stories about BEKs.

One example was a young man driving near his home who thought he saw someone he knew walking along the pavement.  He stopped and called out, then realising he didn’t actually know the boy.

The boy approached the car and stared at the witness before telling him to ‘let him in’.  the witness realised the boy had pure black eyes and quickly locked the car doors, unnerved.  He stood outside the car for five minutes then left.  When the witness got home, his mother said that a boy with black eyes had visited her workplace and asked for the car keys – unsurprisingly, she had refused.

These strange children also have a remarkable ability to get into strange places, such as the case of a woman who came home to find two of them standing on the balcony of her third floor apartment.

She described the two boys as wearing blue jeans while one had a green striped top and the other a button up blue shirt.  Standing impossibly on her balcony, they asked to be let in and ignored her requests to explain their presence.

At this point, she spotted their strange black eyes and decided it was time for help.  she called the police who saw two boys running off across the car park when they arrived – they assumed the kids must have had some help to have scaled up and down to a third floor balcony but no signs of how it had been done could be found.