10 real creepy ghost photos from around the world.

We all love taking photos to remember that special occasion, and most of us love to pose for for camera to and it appears that it’s not only the living who like to get in the frame. 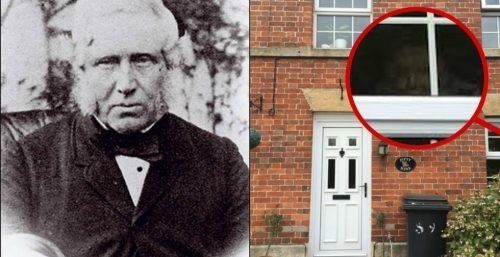 So you’ve just moved into your brand new home and what better way to share with your family and friends than a photo.

She took this photo unaware of the creepy lurker peering at her through her window.

She posted the picture on line for all to see and put the strange anomaly down to reflections of flowers or something. If you zoom it’s very clear that this is a ghost of an old man.

She was soon contacted by the local historian who had seen her photo on the internet and claimed that the ghostly man looking out from the window was more than likely Old Man Kent who back in 1960 was suspected of murder.

As time went on Michelle soon started to believe that she had caught a ghost on camera and her house was indeed haunted due to unexplainable happenings. 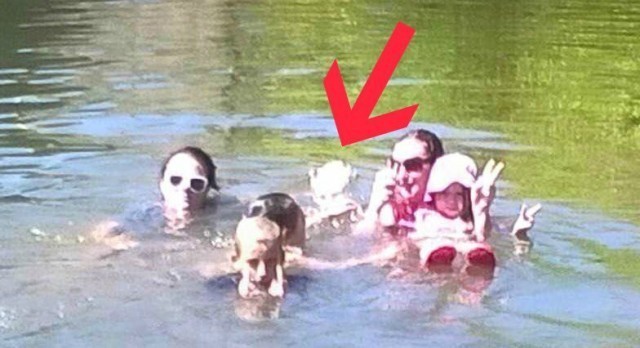 This photo was taken in Murphy’s Hole Queensland, Australia.

On first glance it looks like a very normal photo of 2 adults having fun with the 4 children.

However there was only 3 kids in that swimming spot that day.

Kim Davidson went numb when she took the first look at the photo, what she saw at the back of the photo is a very young girl who was not there with them that day.

Kim was so disturbed by her findings that she contacted the local historian and paranormal investigators.

It turns out that the little girl ghost is that of Doreen O’Sullivan a 13 year old girl who tragically drowned in that very spot over 100 years ago. 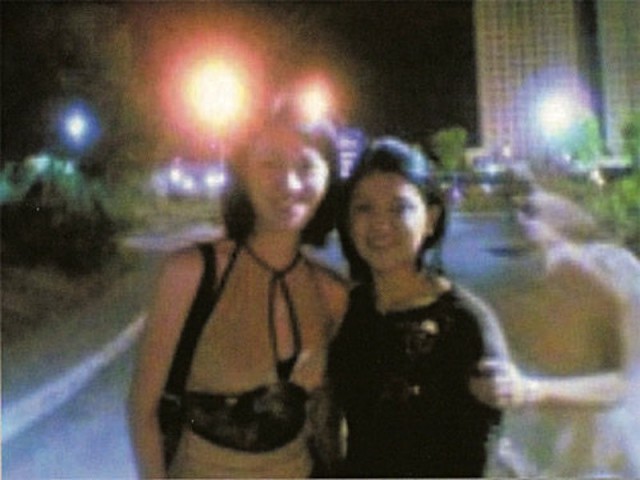 A nice mother and daughter snap of there evening out in the Philippians back in 2000, but who’s that arm grabbing ghost who’s holding the girl's arm? 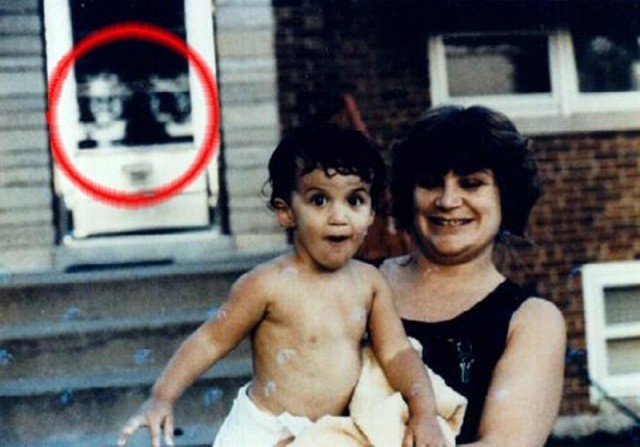 One lady And Her Dog

A young family of 3 had happily just moved into their Chicago home, the father wanting to capture his smiley young child and wife grabbed for his camera and took this creepy picture.

It appears that the old dead resident of the house was still very much living there with her trusty companion bull dog and wanted to get in on the family portrait. 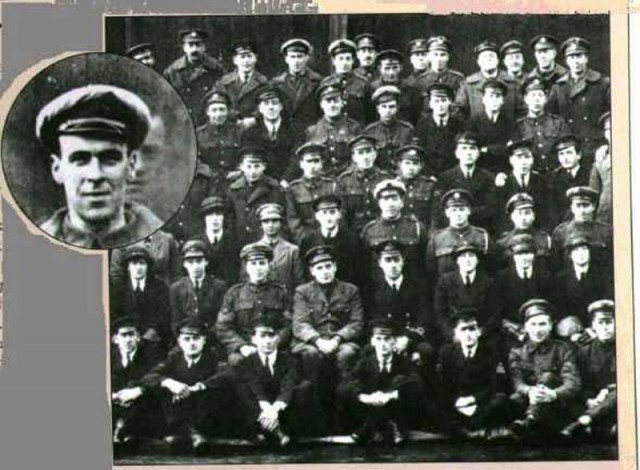 This World War I  photo was taken back in 1919 of the squadron known as the Goddard’s.

When the lads stood there that day in front of the camera, they were 1 man less than what should have been there. Or so they thought.

Freddy Jackson who worked as an air mechanic was tragically killed by accident only 2 days prior to this photo being taken by an airplane propellor.

However upon closer inspection it appears Freddy made it to the group photo shoot after all.

His face is seen peering over the shoulder of a fellow troop, last row 4th man in.

The photo laid dormant for many years until in 1975 Sir Victor Goddard, a retired Air Force Officer published the spooky snap.

This to the day remains one of the most famous ghost photos ever. 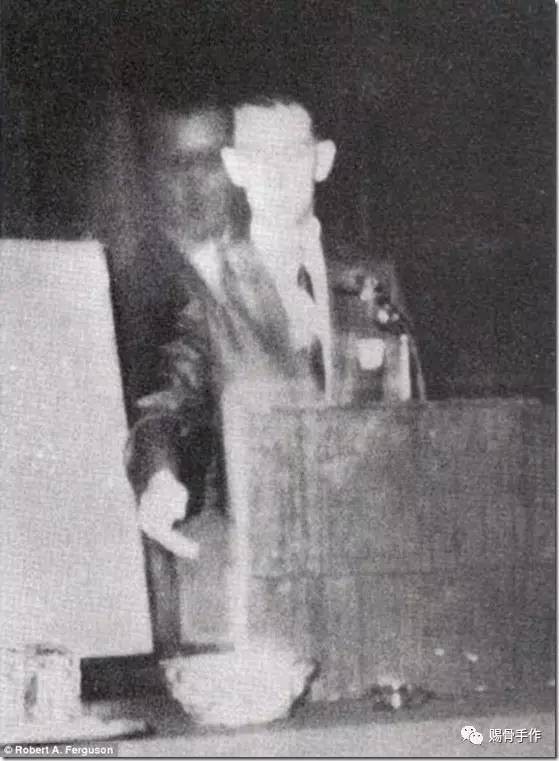 Ghost Of Thy Brother

The man in this picture is Robert A. Ferguson, it captures him attending a spiritualist convention in Los Angeles back in 1969 and the other man is his deceased brother who was killed during the World War II. 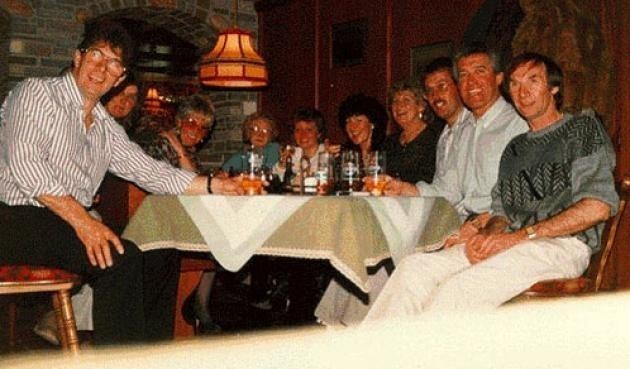 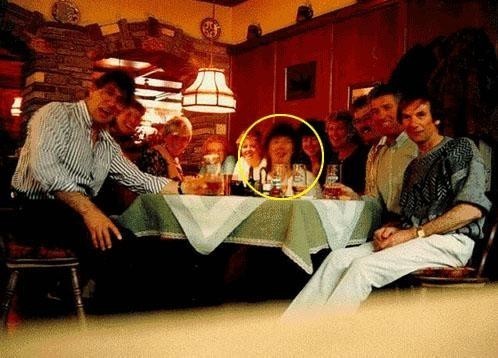 Back in 1988 Mr Todd while on vacation had made some new friends and the group of holidaymakers decided to meet up for a few farewell drinks before they went their separate ways at Hotel Vierjahreszeiten, Maurach in Austria.

Mr Todd Set up his camera on a spare table opposite and set the camera to timer.

The first time the camera went off the flash didn’t go off so the timer was set to go off again this time with the flash.

When looking over his holiday snaps Mr Todd had a bit of a shock when he came to the farewell pictures.

In the first picture where the flash didn’t go off everything appears as it should.

Take a closer look at the second picture, there’s an extra person sat within the group friends.

The ghost of a woman is clearly enjoying gate crashing this party, had she been there for the entire evening or just wanted to try out photo bombing, guess we’ll ever know. 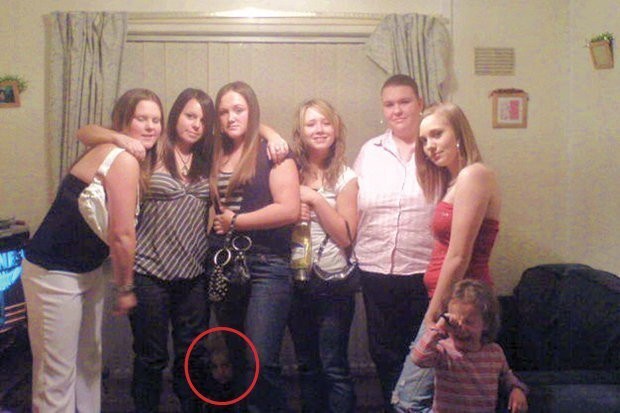 As a group of friends prepare to head out the door for a party but before they leave  they decided on a quick snap.

The little girl you see crying is doing so because just moments before the picture was taken she said she was pushed out of the way.

Can you see the face between a pair of legs? that’s where the little girl was standing when she was pushed. 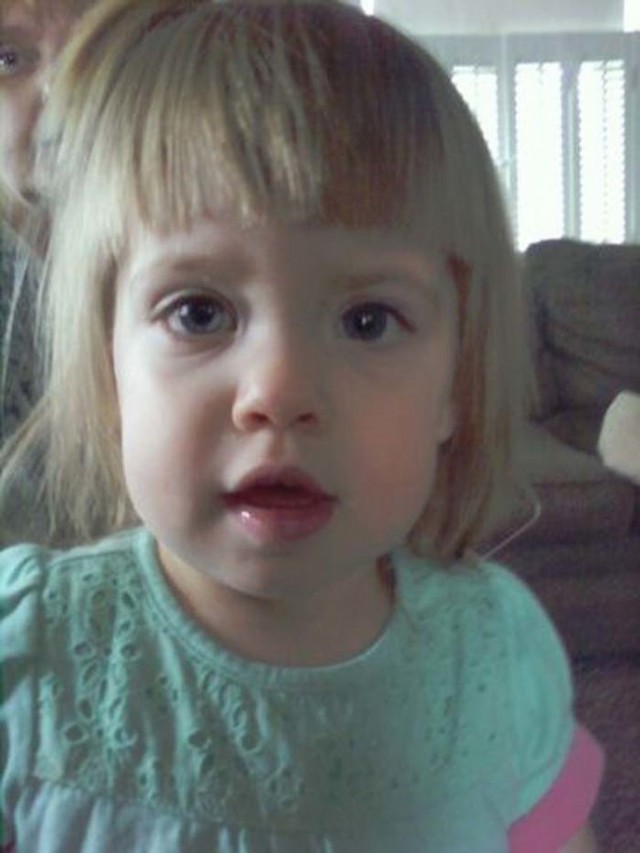 Kasey the auntie of little 22 month old Penny was babysitting the tot one day in Rhode Island and took this photo using her cell phone.

Kasey what completely freaked out when looking at the picture to see a creepy face of an elderly lady standing behind penny.

Kasey and penny were completely alone that day, but it’s very clear that they were in fact not.

After showing family members the picture it turns out that the creepy face is of her Great - grandmother who passed away many years before in 1990.

The photo has been seen and examined by a photo and computer expert and has said this has not been altered. 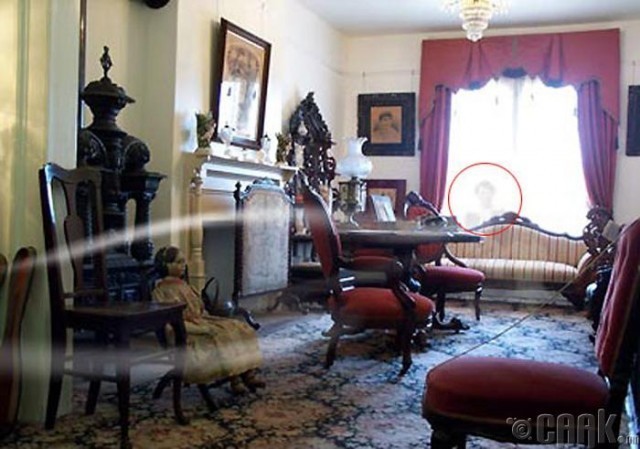 Most people have heard of the Whaley house in San Diego.

And reports of ghosts and creepy happenings have been reported time and time again so it’s no surprise that one of the Whaley family members have been caught on camera.

This picture shows not only a white stretched out orb but it appears to show the ghost of Thomas Whaley looking back at you from the window.